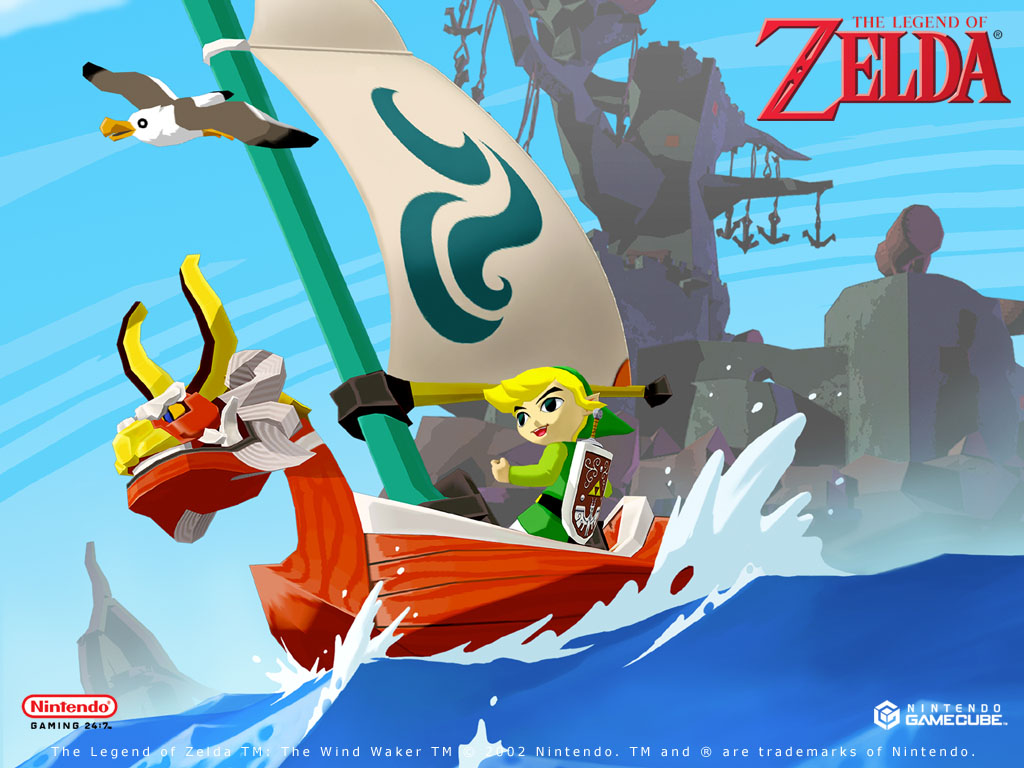 Hands on with Wind Waker HD

When The Legend of Zelda: The Wind Waker was announced for the Gamecube many E3’s ago, it was met with mixed reactions from Zelda fans everywhere. The cell-shaded graphics were a serious departure from the series graphical style at the time, and fans didn’t know what to make of it. Ten years later from its release, and many fans will tell you that it still holds up as a beautiful looking game. Ten years later, and it’s getting an HD remake for the Wii U.

I was lucky enough to get some quality time with the game during Nintendo’s E3 presentation, and let me tell you, pictures do not do this game justice. The updated textures to the game have to be seen to fully appreciate this game. The bright colors, smooth animation, and attention to detail are all there intact and in glorious HD.

The demo at E3 had two scenarios to play through: a boss battle with the giant bird known as the 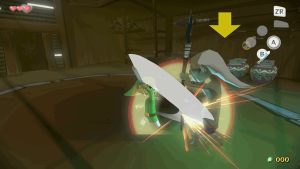 Helmaroc King at the forsaken fortress, or simply exploring on Outset island. Looking for a little action to start my E3 off right, I chose the boss battle and away I went. This was the perfect boss battle to demonstrate how the game controls. The item layout is similar to the Gamecube, and in little to no time you’ll be right at home with the controls. Using my newly acquired skull hammer, I easily subdued the boss with style. Moving on to the Outset island demo, I was able to explore and try out some of the game pad’s features in a more relaxed environment. The game pad features a mini map of the area you’re in, and it can also be used to swap around and manage your items. Even your trusty conducting baton, The Wind Waker, can be 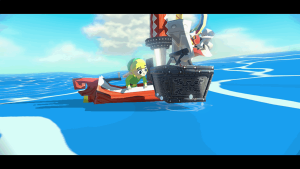 played by using the touch screen. Also to be expected is the use of the game pad’s gyroscope controls for things like the bow and arrow or telescope. More importantly, the game will be fully playable in off TV mode, and the game looks fantastic even when scaled down on a smaller screen.

The Wind Waker HD somehow recaptures the magic of when you first played the game. The updated textures move and flow like an animated Disney film in wide screen format for the first time. 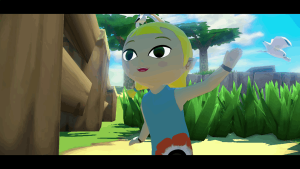 Updated features like a boost option for quicker sailing, and off TV play are a welcome addition that many will enjoy. While the game is strictly a remake and no additional content is planned, those who loved the game or missed out on it the first time should find it to be an enjoyable experience. Look to get your Zelda fix on Wii U sometime this October.