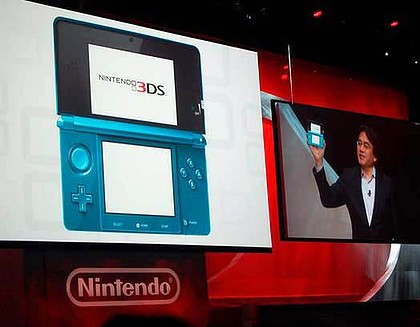 Greetings my fellow Nintendo fans, I hope all of you are having a fun game field weekend, even if you not playing Nintendo games. “cough” Reach “cough.”

There has been a lot of rumor going around, over the last few weeks, on possible 3DS release dates. Just yesterday two more rumors come up, one saying next April and the other one saying November of this year. The census around Pure Nintendo is that there is a chance that we could “possibly” see the 3DS in the States by the end of the year. If you remember the progression of events when the Wii came out: Shown off at E3, new design shown off about a month later, release date announced in September, released in November. (This statement comes from Pure Nintendo Kevin Klein)

I’m pretty sure all guessing will be over when Nintendo holds their supposed conference on September 29th.