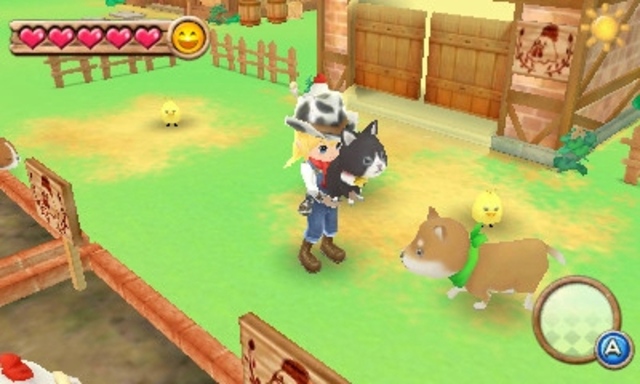 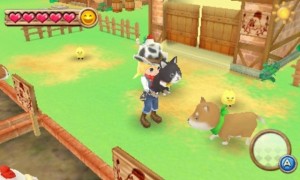 Burlingame, CA. – November 6, 2012 – Natsume Inc., a worldwide developer and publisher of family-oriented video games, announced today its 3DS exclusive Harvest Moon: A New Beginning is available now at participating retailers. The game is now available at retail for an MSRP of $39.99.

“We are delighted to deliver such a highly anticipated title today and know that Harvest Moon fans are going to be excited to get their hands on this game,” said Hiro Maekawa, President and CEO.  “There has been a lot of fan buzz over this title and we are thrilled to give fans what they’ve been waiting for.”

Fans have been posting plenty of pictures with their special 15th Anniversary cow plushie, measuring at a whopping 12″!  Though pre-orders of the Anniversary Edition have closed, the Natsume Online Store will continue to offer the sweet cuddly yak with all copies of Harvest Moon: A New Beginning at http://natsume.com/store/

EchoVillage has seen better days… Just as you’ve moved in, almost everyone else has moved away to greener pastures. It’s your job to bring everybody back by making the town appealing again, and giving Echo Village a new beginning!

For the first time in series history, you can completely customize your character’s appearance! Choose your character’s gender, skin color, facial expression, hairstyle, and much, much more! You even go to the tailor and have them make new outfits for you! Don’t like where your crops and barn are on your farm? Easy! Just pick them up and move them.

Players can follow all the news for all of the beloved Natsume franchises at   www.natsume.com  or by scooping all of the latest Natsume updates, contests, screen shots and more via www.natsume.com/facebook  and www.twitter.com/natsume_inc.