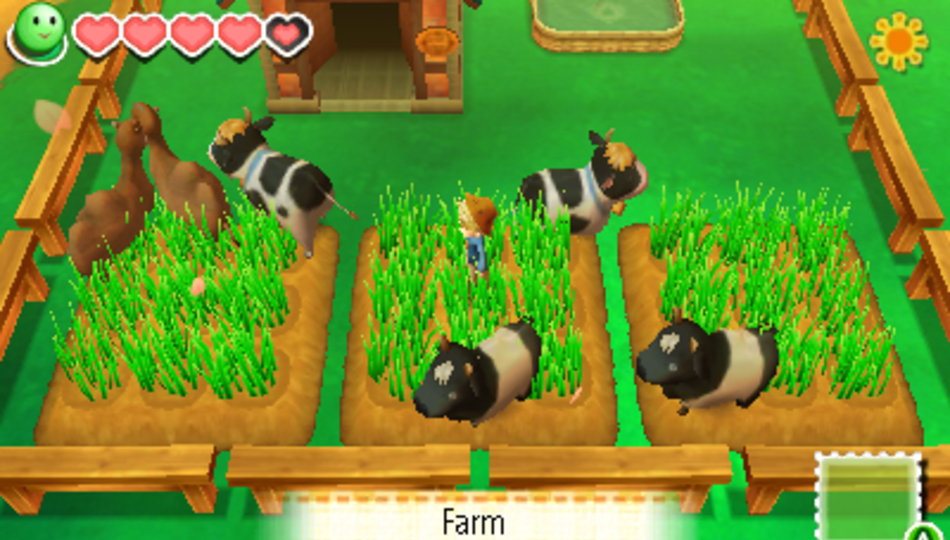 Harvest Moon: Story of Seasons Coming to 3DS this winter

The latest Harvest Moon game is receiving an English translation and release for the 3DS in North America this winter.

Released in Japan last February as Bokujou Monogatari: Tsunagaru Shin Tenchi (Harvest Moon: Connect to a New World), the US version will be titled Story of Seasons, and continues the traditional farming and life simulation gameplay whilst incorporating new multiplayer and StreetPass features.

The development of Story of Seasons was led by long-time Harvest Moon producer Yoshifumi Hashimoto, the studio’s head of development. Hashimoto spoke about the latest Harvest Moon game in a recent press release:

Story of Seasons represents a new chapter in our amazing tale. We are creating a new experience that will carry on the spirit of Bokujo Monogatari, and in doing so, will fulfill our loyal fans’ expectations and desires while ushering in a new generation of games to come.

In Story of Seasons, players can create and customize characters before heading into Oak Tree Town to stake a claim on a patch of land and begin building a homestead. Some of the expansion options for farms include different types of livestock, seeds, and home decor, with players also also able to lay out the farm themselves. Multiplayer functions allow players to visit friends’ homesteads, grow crops together and exchange items. There are even Super Mario-themed items, like the Super Mushroom, Fire Flower and Super Star, all available as decorative pieces.

Publisher Xseed Games will be showing off Story of Seasons at E3 2014 early next month. Until then, check out the screenshots below and let us know if you’ll be harvesting your way into the latest game in this popular series.