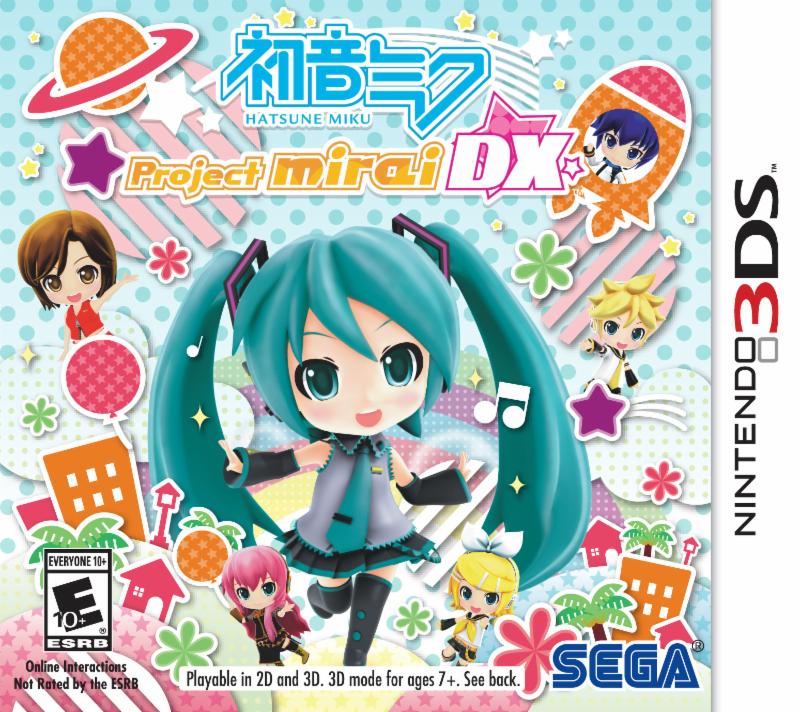 SEGA has recently announced that the newest title in the Hatsune Miku Series, Project Mirai DX, will release in North America on September 8, 2015.

SEGA has announced that the newest title in the Hatsune Miku series, Hatsune Miku: Project Mirai DX will release in North America for the Nintendo 3DS.  Project Mirai is a rhythm game, where you take control of Hatsune Miku, or one of five other vocaloids, through their library of music. The game boasts, “48 full-length songs to play through.” Songs are customizable, even down to who is the lead vocalist.

For those looking for more of a relaxed experience, Theatre mode offers players the ability to just sit down and watch the music videos; no tapping required.  Project Mirai will also utilize Street Pass, and players can write messages on their favorite videos.  Players can further interact online via the game’s “Jam Along” mode, “which lets players interact and add their own sound flairs to songs!”

Hatsune Miku: Project Mirai DX will release for the Nintendo 3DS on September 8.