Making a game inspired by the 8-bit era seems all the rage today, but oftentimes these titles are nothing more than a shallow coat of paint on a modern title. This is not the case when it comes to the stuff coming out of Retrotainment Games. 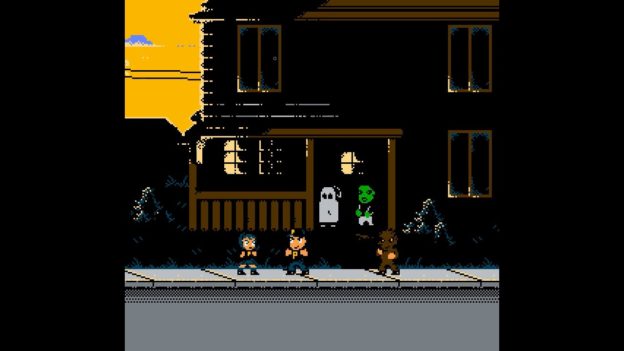 Instead of building a retro-styled game on a modern console, this team of plucky developers built one on a NES cart, with all the technical restrictions that come with undertaking this Herculean task.

HAUNTED: Halloween ‘86 is the second game under their belt made like this, after the celebrated release of HAUNTED: Halloween ‘85. Sure, there are modern inclusions like a tutorial stage and skip-able cutscenes, but everything else is as low-fi as the system the developer pays homage to.

The premise is simple. Donny and his partner Tami must use their combined beat-’em-up skills to tackle the wastroid menace in their charming town of Possum Hollow. After a streamlined tutorial level, I was off to the races.

Donny and Tami work in tandem, though never at the same time on screen. They have the ability to punch, uppercut, skydive, and slide into enemies. Some wastroids, who are very zombie-like, even leave behind body parts that can be thrown at other enemies. After 20 minutes there were only two words circling in my head: “Double” and “Dragon.” Of course, this title is far denser than the celebrated NES beat ‘em up, considering how many moves your heroes are able to pull off. No, there’s no forced 3D, in fact, platforming is done on a basic, flat, 2D plane, not unlike Mario or the NES Teenage Mutant Ninja Turtles game.

As someone who has no business playing anything close to “NES Hard” I was delighted to find this game has the perfect amount of challenge. Because you can switch between Donny and Tami, you can take quite a few hits before losing a life. If you’re craving a hard mode, simply refuse to tag in your hero. 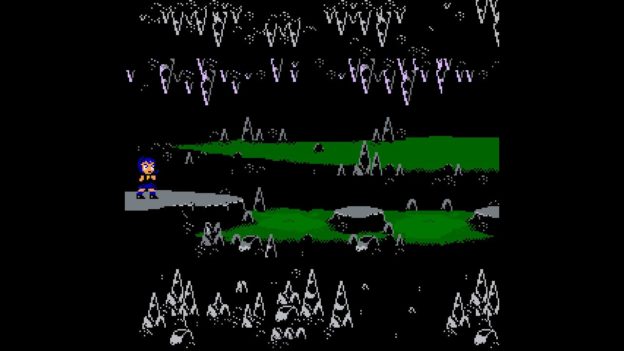 Better still, while there is a bit of challenging platforming, all of it is deliberate and not clunky especially given the fact that you can double jump. If you still have nightmares about Castlevania-style platforming, rest easy. You won’t find anything close to that here.

HAUNTED: Halloween ‘86 is a follow-up to a technically revolutionary concept made real, and unlike many daunting modern titles, it actually pays off in what it’s trying to accomplish. Considering that it’s made within the technical confines of the NES while retaining modern gaming sensibilities, it’s hard not to recommend this charming beat ’em up. I can even overlook the dismal concept of candy corn restoring health.