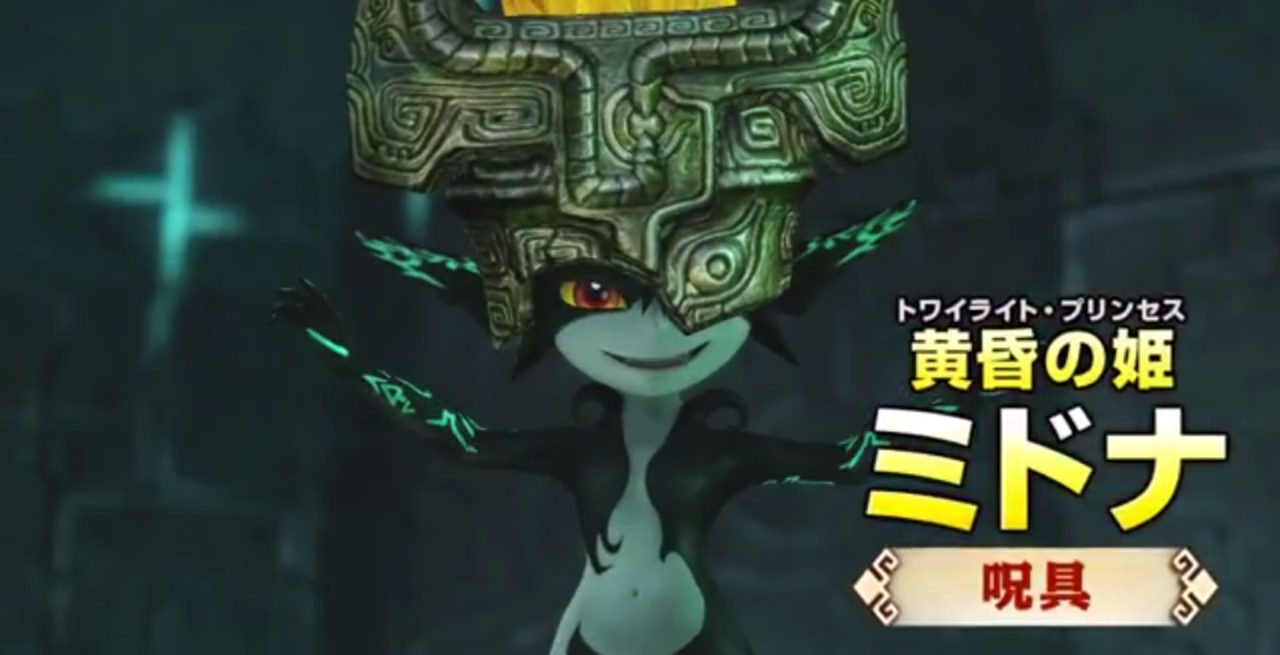 Koei-Tecmo has released a new trailer showing off how Midna, ruler of the Twilight Realm and Link’s companion in Twilight Princess, will stack up against the enemy army.  Midna will be able to float on her own, or she summon a Twilit wolf to ride into battle.  Her attacks mainly consist of using her hand, much as she did in Twilight Princess, but the wolves she can summon can also be used for attacking.  In fact, she can even throw the wolf she is riding at the enemies in front of her.  As with all characters in Hyrule Warrior, Midna will have a super attack (known in the Warriors series as Musou).  For the super, Midna will summon all of the pieces of the Fused Shadow and turn into a huge, monstrous creature to obliterate all enemies surrounding her.

The trailer also shows us that the hookshot can be used for combat as well as reaching higher places, as Midna drags down the dragon Argorok, similar to how Link fought the dragon in Twilight Princess.

I should point out that the trailer is named “Midona (Noroi-gu)” which roughly means “Midna (cursed)”.  This means we could see Midna fighting in her true from in the future.  With Midna’s trailer out of the way, we’ve seen how all of the revealed characters fight in Hyrule Warriors, so I assume the next reveal will be a new character, or an alternate form of one of the existing characters.

Stay tuned to PureNintendo.com as we get more information on this series.