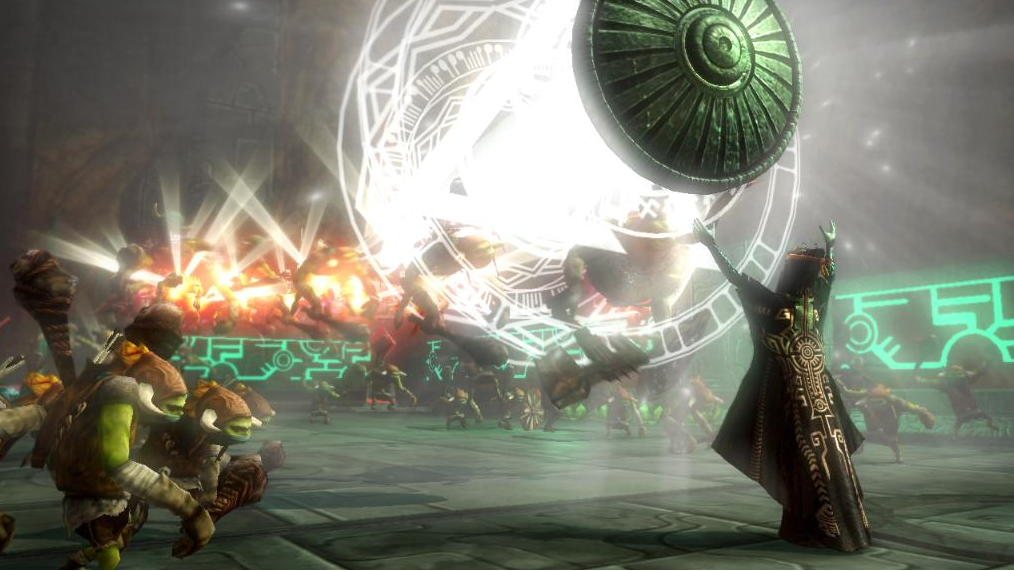 Nintendo of America has recently announced the second DLC Pack for Hyrule Warriors will release on November 27th, 2014. The new pack will feature the Spinner for Link, and new weapon for Midna, in which she takes her original form and attacks with the Mirror of Twilight.

The DLC will also contain a new Adventure Mode Map and two new costumes.  For those who have not purchased the season pass, the Twilight Princess DLC Pack will cost $7.99.