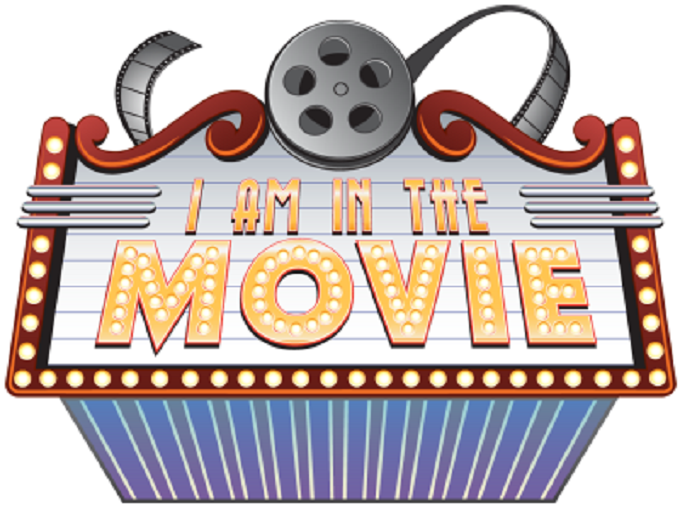 “I am in the Movie” is a tool that recreates visual effects from Hollywood movies.

Just when I thought DSiWare was dead, this new application comes along to prove me wrong.  Unless I’m very much mistaken, this is the first DSiWare release of 2014 in this region – three whole months into the year.  It is a curious title, released on a format that’s long since been replaced by the eShop.  Is it worth spending 200 points ($1.99) on and downloading it to your DSi or 3DS? 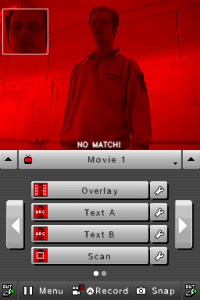 There are lots of admittedly cool visual effects to work with here.  The program boasts that they come “from a number of Hollywood blockbusters”, and it is cool to see whatever things you choose get makeovers ala ‘The Matrix’ or ‘The Terminator’.  The visual effects and options may overwhelm you at first, but the manual can help (there’s no tutorial).  The interface is fairly user-friendly.

The main question I have (and it’s a fair one) is how much use will an app like this actually get?  The DSi/3DS cameras aren’t the greatest to begin with, and the ten second video clip limit is very constricting.  So even though this is a cool idea, it’s pretty much doomed from the outset to be little more than a mere curiosity.  It’s an inexpensive curiosity yes, but one that will likely have little lasting power.  It’s the sort of title you’ll have fun checking out the first couple of times you boot it up, but soon find yourself wishing you could do more with it. 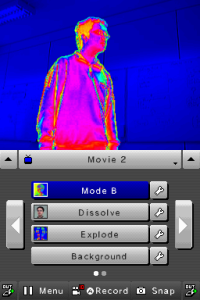 This is a release I don’t feel comfortable trying to score.  It isn’t a game – how do I score an app?  I am not sure, and won’t be attempting to do so here.  I’ll conclude with the following words – In the right hands this potentially could be some good (if short-term) fun.  The 200 point asking price makes it an inexpensive download to take a chance on, and those who still play DSiWare software will likely appreciate a new release in 2014, however peculiar it might seem.  ‘I am in the Movie’ may only be able to produce commercial type quality for most, but it has motion picture ambitions.