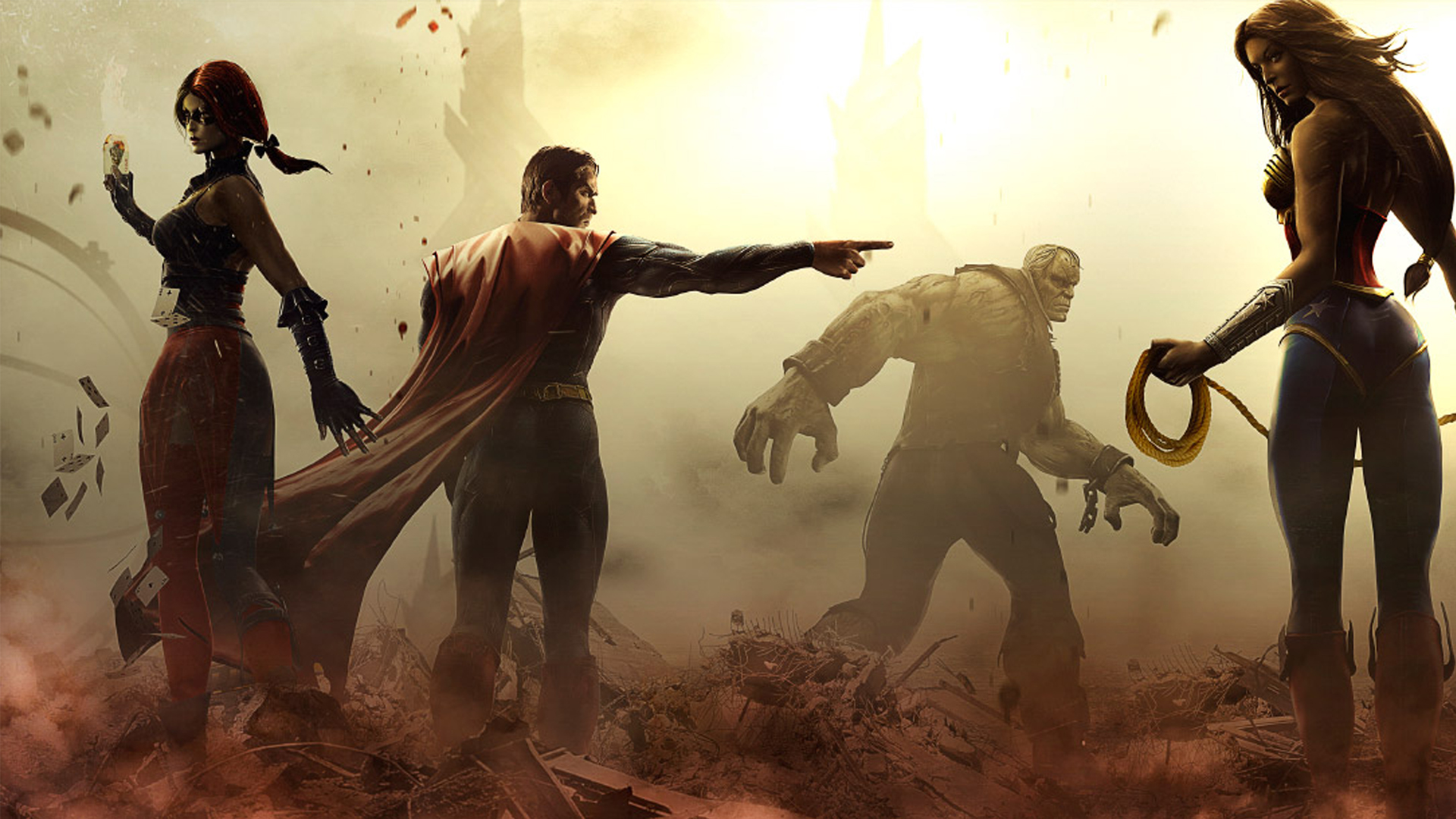 Warner Bros. Interactive Entertainment and DC Entertainment today revealed details for the Injustice: Gods Among Us Battle Edition. The package will be available in limited quantities at Gamestop and EB Games stores located in the United States and Canada for Xbox 360® video game and entertainment system from Microsoft and PlayStation®3 computer entertainment system. Injustice: Gods Among Us Battle Edition is also confirmed to be available in North America beginning April 16 for Xbox 360, PS3 . (Warner Bros. Interactive made a mistake and are now saying the Battle Edition will not be available for the Wii U but the Wii U version will still launch on April 16th for North American gamers.)

The Injustice: Gods Among Us Battle Edition will retail for $149.99 and includes the game disc, exclusive Injustice: Gods Among Us Fight Stick featuring official artwork from the game and three exclusive skins based on Batman, Superman and Wonder Woman from DC COMICS – THE NEW 52. The Fight Stick is a lightweight controller that boasts a non-skid foam underside, a lockout feature for the Start, Select and Guide buttons, as well as adjustable illumination for the buttons and joystick.

The Injustice: Gods Among Us Collector’s Edition available in the United States will include:

· Special Collector’s Edition of the Injustice: Gods Among Us comic book·

· Three exclusive skins based on Batman, Superman and Wonder Woman from DC COMICS – THE NEW 52

Also available today is the new Injustice: Gods Among Us digital comic book from DC Entertainment. The comic is a prequel to the game, and it tells the story of events leading up to a new world order where heroes face each other in an epic fight to determine humanity’s future. A new chapter of the weekly comic will be released every Tuesday for $.99, and three digital chapters will then be collected in print and available for sale monthly. Download Injustice Gods Among Us #1 today at ReadDCEntertainment.com, through the DC Comics app, or on the iBookstore, Kindle Store or Nook Store.

Injustice: Gods Among Us is an all-new game in development by award-winning NetherRealm Studios, creators of the definitive fighting game franchise Mortal Kombat. The title debuts a bold new fighting game franchise that introduces a deep, original story featuring a large cast of favorite DC Comics icons such as Batman, Green Arrow, Cyborg, Harley Quinn, Nightwing, Solomon Grundy, Superman, The Flash, Wonder Woman, The Joker and many others. Set in a world where the lines between good and evil are blurred, players will experience heroes and villains engaging in epic battles on a massive scale.