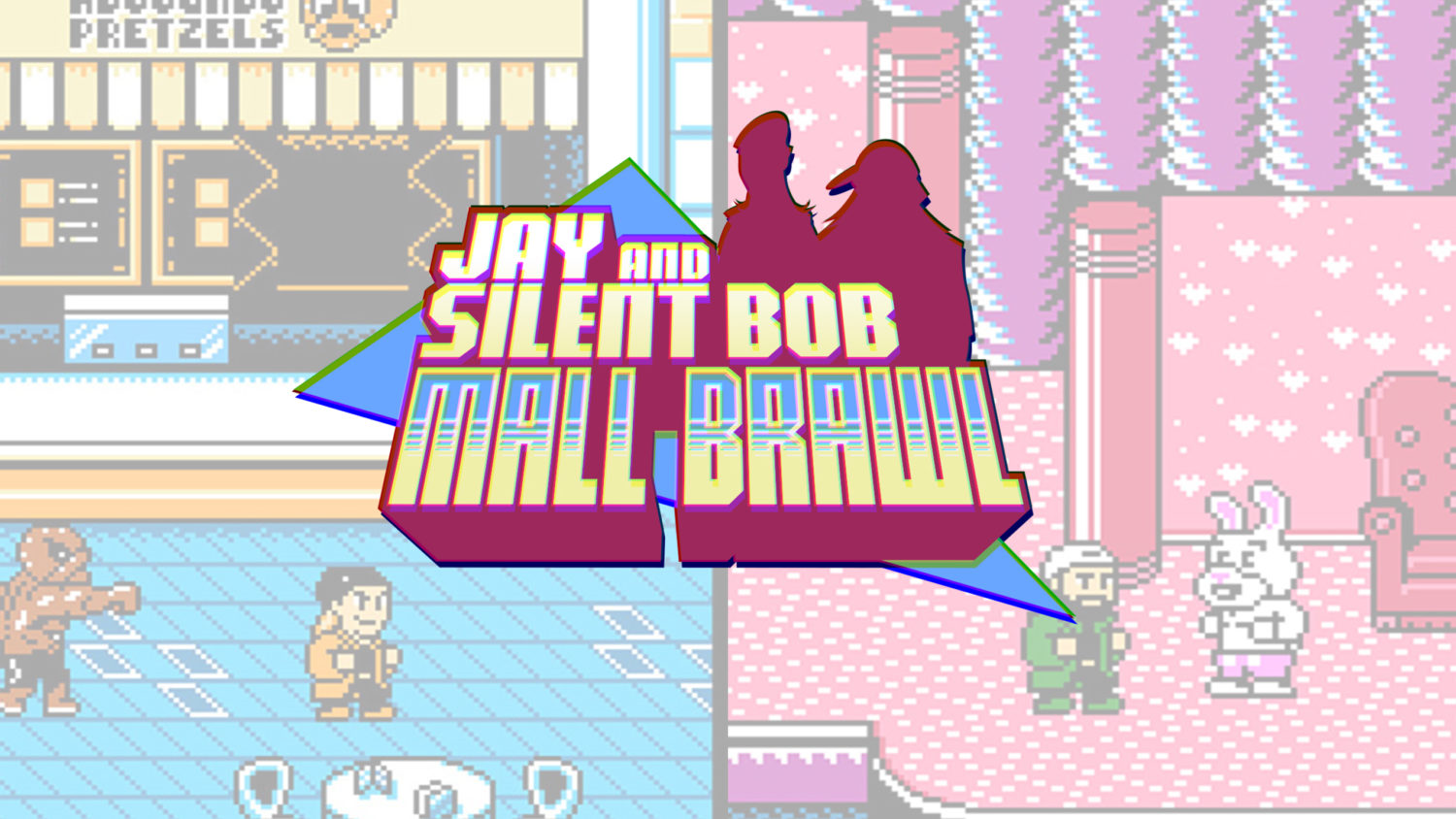 Kevin Smith started his career as an indie film darling in the ‘90s, but his name stretches across all media now, including television and podcasting. Jay and Silent Bob: Mall Crawl finally brings the Askewniverse to a previously untapped art form for the auteur: gaming. 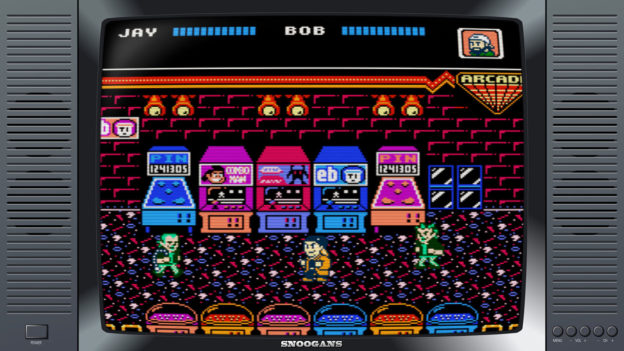 Firstly, I should open that my relationship with Kevin Smith and his many properties is mixed, at best. Like most nerdy teenage boys, at one point I worshipped the guy, and not only devoured his past works, but new releases on premiere days with my gaggle of similarly minded dweebs.  Having recently entered my third decade of life, I’ve pretty much left Smith behind. To spoil the plot a little early, I will say that despite my feelings on Smith’s library, I pulled out quite a bit of fun from this charming little title.

What I respect about Mall Brawl is that its developers tell you what it is: a two-player co-op arcade-style beat-’em-up from the 8-bit era in the vein of River City Ransom and Double Dragon. Even if you only had a rudimentary knowledge of the popular genre it would be impossible not to see this.

Long-haired Jay and his stoic, silent partner, Bob, have crashed the scene of a dating game being shot in the mall. Now they must run away from the hordes of mall security who want to bring these miscreants to justice. If you’re playing in one-player mode, you juggle the duo; while being completely different characters, they play quite similarly. If there are real differences, they are subtle.

Each of the mall brawlers is able to punch, kick, and jump, and if you’re quick on the button mash, pull off some pretty sick combos. In typical NES beat-’em-up fashion, enemies come at you, you defeat them, and you’re allowed to scroll closer to the end of the level where you face off against a boss. It’s a pattern that anyone who’s even sniffed a coin-op is familiar with.

True to their inseparable nature, each level is a tag-team effort. Did Jay take a few too many punches? Tag Bob in. Is Bob about to go down for the count? Tag Jay back in. For someone who doesn’t do “Nintendo Hard” I totally appreciated the fact that whichever stoner is on deck slowly has his health regenerated.

If you’re looking for a multi-faceted fighting system, look elsewhere. After a fashion, it was nearly impossible for an enemy to land a blow. Luckily, the game throws a few curveballs, offering some challenging, albeit tedious, minecart-style sections in levels. 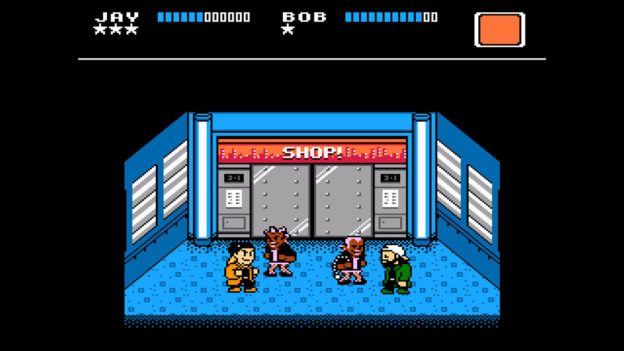 While the game feels much like a reskin of titles I’ve played before, it’s a mighty charming one, even for those who aren’t familiar with the Kevin Smith film universe. You won’t be duking it out with bland street toughs. There are hordes of hockey punks, janitors, skateboarders, drunks (who drop bottles when slain), and even dudes wearing Mooby mascot suits. Watch out for those horns. It’s impressive that the crude humor Smith is famous for is prevalent while still managing an E rating.

Kevin Smith built a career on fan service, and Jay and Silent Bob: Mall Brawl is as fan service-y as it gets. On its face, it’s a typical arcade beat-’em-up, but with a shiny View Askew coat of paint. If you’re looking for a solid brawler that harkens to the NES days or you’re an aficionado of Smith’s filmography, it’s easy to recommend this charming title.