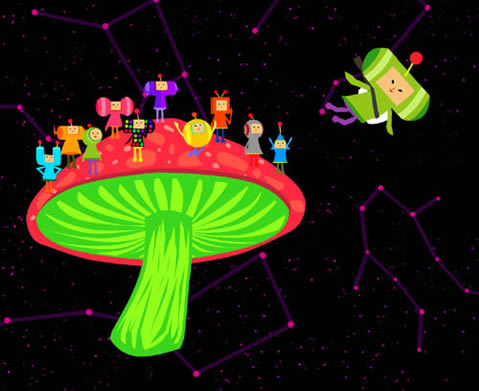 Koei is making a Katamari style of game for the DS later this year. The game will be called ‘Prey the Stars’ in the US. The gameplay is very similar to Katamari and could be a very good fix for Katamari lovers. Here’s some info from Cubed3:

Renamed ‘Prey the Stars’ for its US release, and rated ‘E for Everyone’ by the ESRB ratings board, the little dog munches on small items to start with, with the canine eventually growing larger and being able to consume buildings after some time. With the lack of Katamari appearing on DS, this could well be the perfect substitute.

I’ve personally never played any of the Katamari games, but I’ve heard they’re really fun games. Hopefully the DS showcases the gameplay well using all the features of the DS.