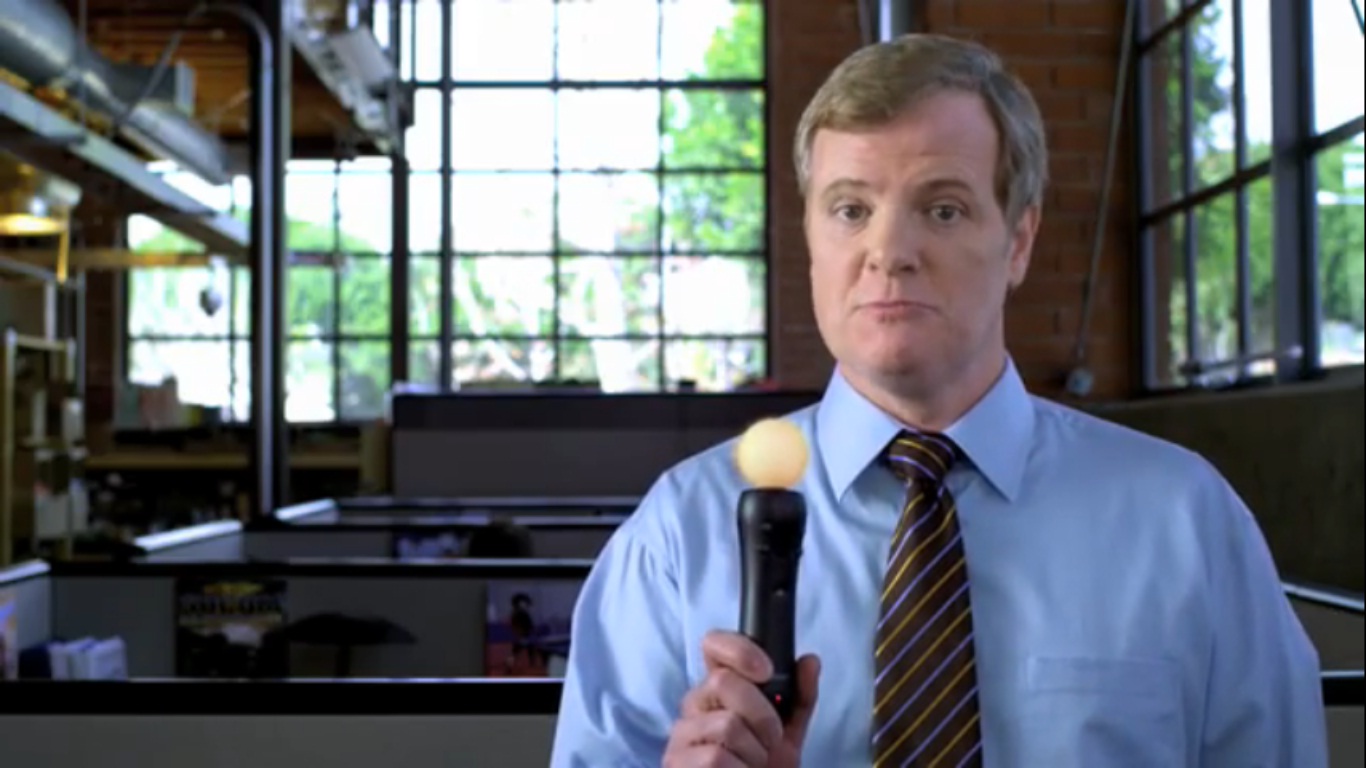 So Kevin Butler, also known as Jerry Lambert in the real world, is being sued by Sony.  Many probably saw this coming after seeing him in a Bridgestone commercial playing Mario Kart on a Nintendo Wii.  Even though this may have been apparent to some, a lot of people are shocked by this news.  Why such a shocked reaction from the masses?  I think more people are shocked because Kevin Butler for a long time was Sony’s go to spokesperson   Known as the Playstation Vice President of pretty much everything Sony Playstation related, he gained popularity while being featured in many off the wall Sony Playstation ads.  He may now become the Playstation Vice President formerly known as Kevin Butler.  Below you can take a look at the commercial that caused the whole debacle.  And this isn’t the best quality video but if you hit the jump over to YouTube you can watch the revised Bridgestone commercial that has Kevin Butler removed from the advertisement.  Last but not least, you can also view the actual court documents regarding Sony’s suit against Bridgestone.

UDPATE: GamesBeat reaching out to Sony for comment and this is what Sony had to say about the matter:

“Sony Computer Entertainment America filed a lawsuit against Bridgestone and Wildcat Creek, Inc. on September 11. The claims are based on violations of the Lanham Act, misappropriation, breach of contract and tortious interference with a contractual relationship. We invested significant resources in bringing the Kevin Butler character to life and he’s become an iconic personality directly associated with PlayStation products over the years. Use of the Kevin Butler character to sell products other than those from PlayStation misappropriates Sony’s intellectual property, creates confusion in the market, and causes damage to Sony.”