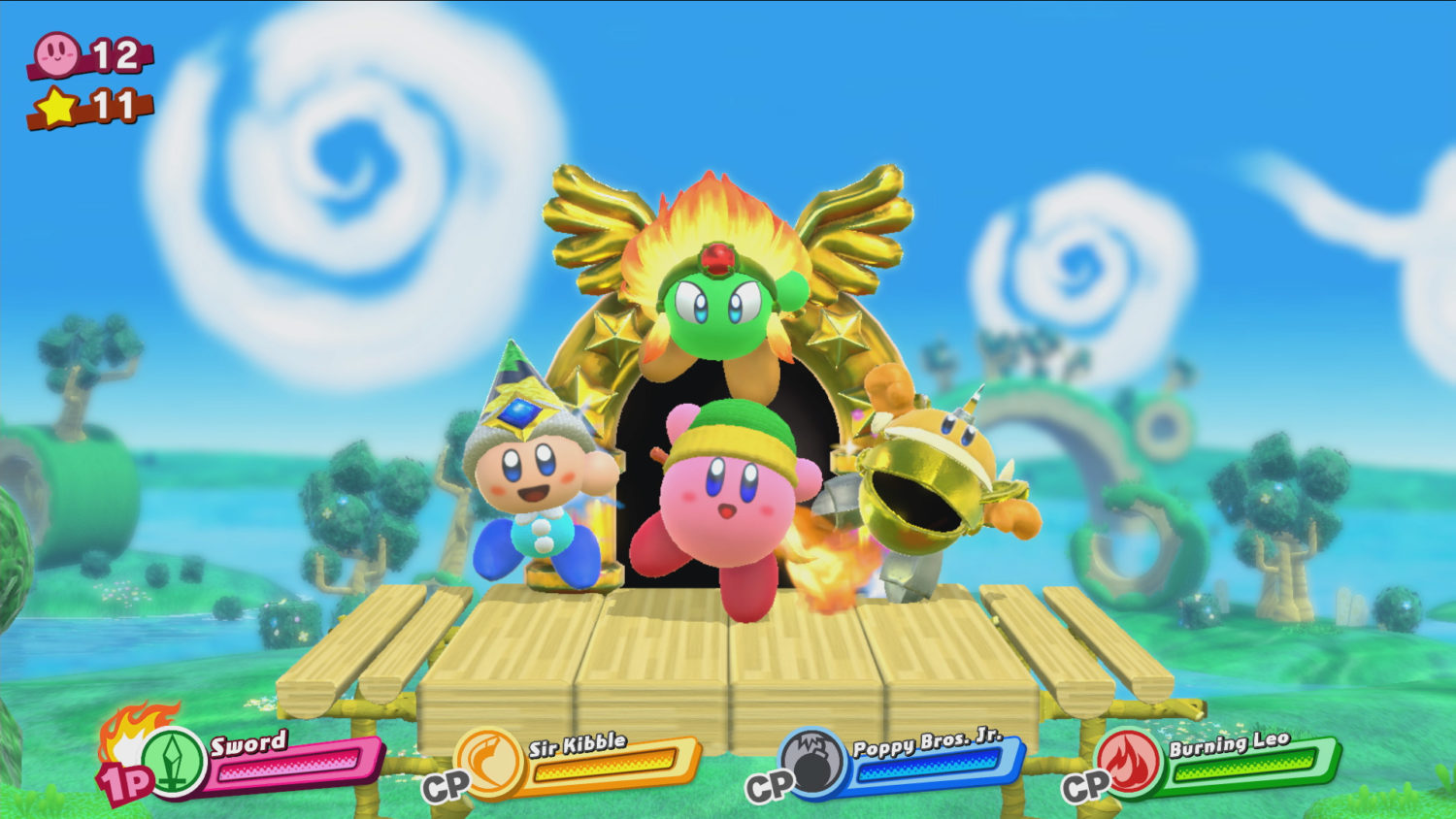 As the tides turn and the sands of time fall ever quicker into the hourglass, gaming changes at almost exponential levels. That is, unless you’re Kirby.

The pink puffball has changed very little since his debut on the Game Boy. Kirby Star Allies, his latest adventure, doesn’t introduce anything that seasoned Kirby veterans won’t recognize. Like Kirby Super Star before it, you must rely on the power of friendship. 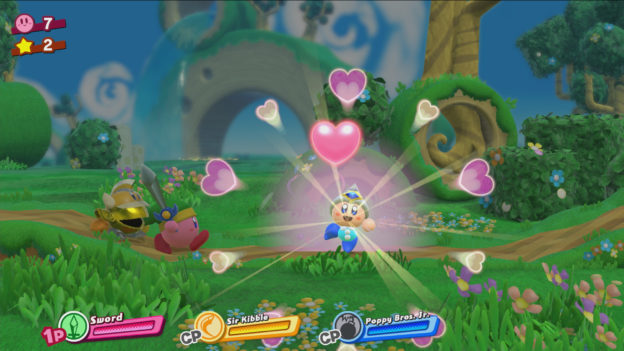 Instead of sacrificing an ability to spawn a helper, Kirby tosses a heart at an enemy. In an instant, your foe is now on your side. It takes some getting used to when it comes to assembling the right team with the right abilities, but it’s far from challenging. This is Kirby after all, it’s user-friendly to a fault.

While combining abilities to form brand new ones is great, it’s not nearly as fun as it could have been. If you’re expecting the amazing and sometimes totally weird copy combinations from Kirby Crystal Shards, you’ll be sorely disappointed. Granted, the combinations aren’t nearly as phoned-in as Squeak Squad either.

If something positive can be said about these new combinations, it’s that they don’t waste your time. Past gimmicks like Triple Deluxe’s Hypernova and Return to Dreamland’s Hyper Abilities did little to improve gameplay and did lots to slow down momentum. Sure, there’s an animation once you pull off a friend ability, but it’s skippable.

In fact, playing with friends is where this game really sings. My run of Star Allies was with a loved one who is more or less new to video games. User friendly as he is, picking up Kirby for them was a breeze, and an insanely fun breeze at that. Sure, you can beat the game within a few hours, but going full 100% takes a fair amount more effort. 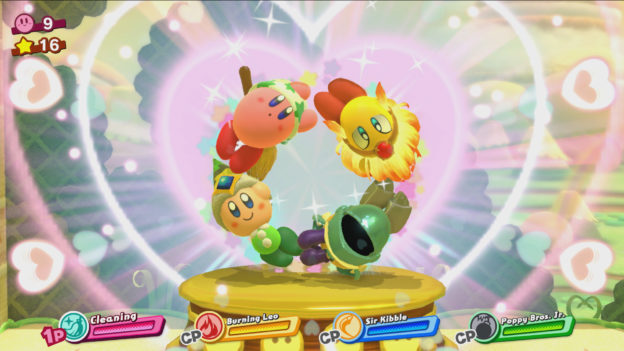 Most memorably, the final boss is easily the most fun to fight in all of Kirby’s 25+ year history. Not only is it intense, it’s downright cinematic. Do yourself a favor and play it in docked mode. You’re going to want the full screen experience for this.

The post-game content is different enough to feel at least a little fresh, offering even more added value to Star Allies. Plus, there’s some complimentary DLC on the horizon that screams fan service.

Does Kirby Star Allies do anything radically new? No, not really. But it is a full-fledged console Kirby title, something many of us have sorely longed for. It’s a good single player experience to be sure, but truly comes into its own as a multi-player title. Like most things, Kirby Star Allies is just plain better with friends.