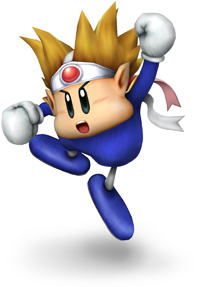 When talking about the guaranteed hard hitter of Kirby’s world, you’ve got to say something about his fists!

A storm of Vulcan Jabs rain down, and then Knuckle Joe can finish his foes off with one of the following two special moves!