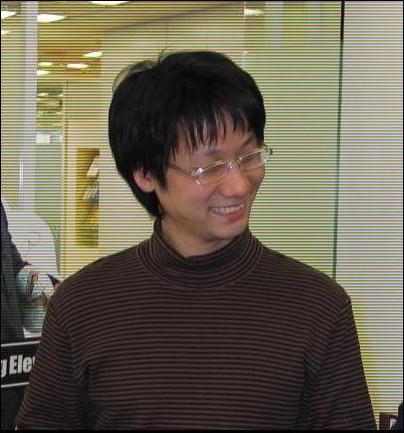 Hideo Kojima of Metal Gear Solid fame is very interested in developing for the Wii once he has finished work on MGS4. Here is a snippet of the interview with him on the subject:

Enough with Sony! What about the Wii?!

Kojima: Wii! [laughs] Yes, I want to do it. I’m saying this everyday. But first, I have to face this giant that is called Metal Gear Solid 4, so until I’m finished with that, I can’t do anything.

Kojima: We’re not the ones who are saying we want HD. I’m not interested, myself, about HD at all. MGS games tend not to care about how clean the screen looks…we deliberately make the graphics look dirtier to give the atmosphere more life.

Well, looks like Kojima thinks it’s NOT all about graphics. We’ll have to keep watching this one to see what Kojima comes up with after MGS4.