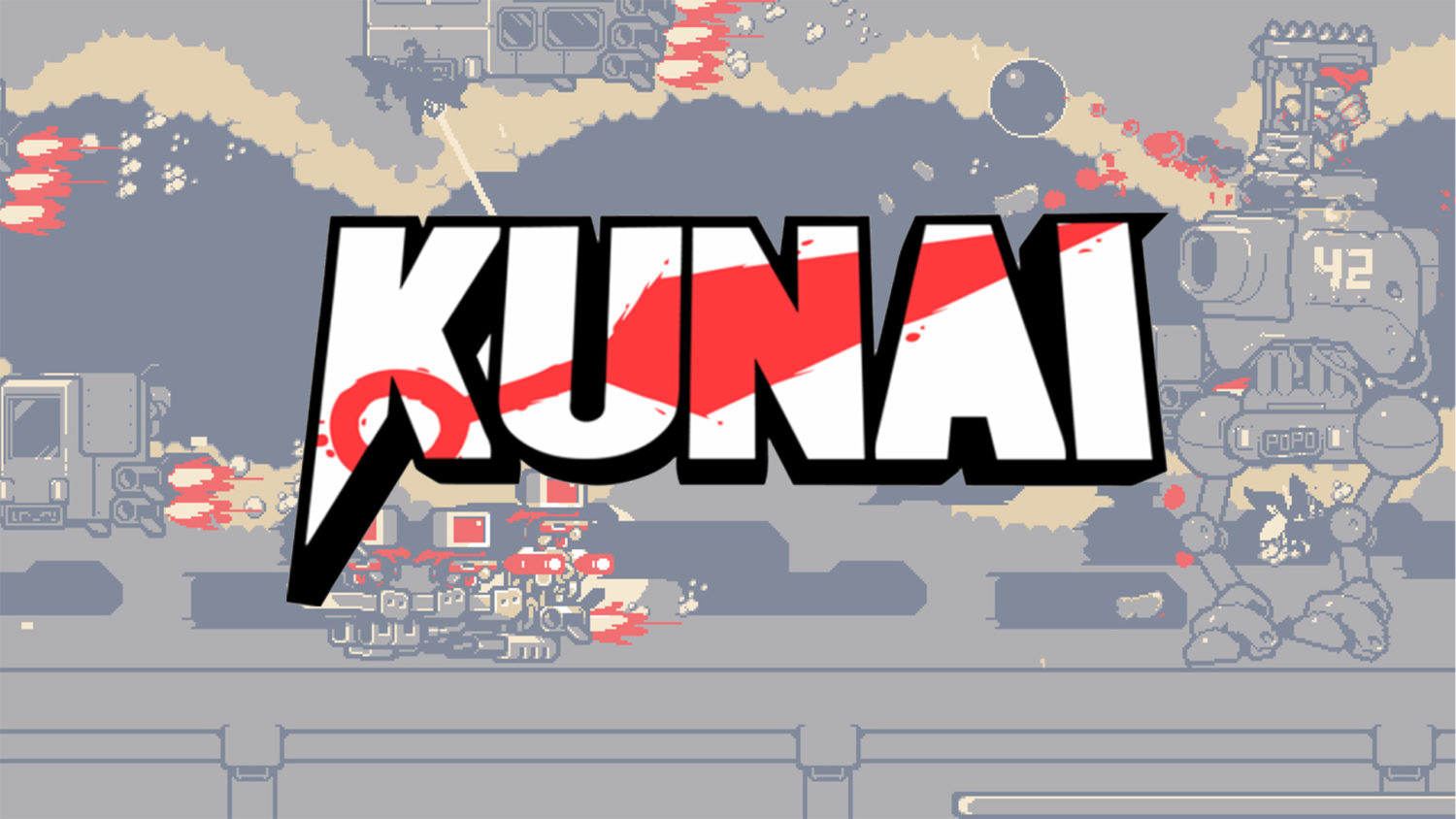 Metroidvanias: there’s a swarm of them now on the Nintendo eShop and, wouldn’t you know it, most of them are, very playable. True standouts, however, are few and far between. Kunai, the self-titled “Ninja Metroidvania” is easily one of the better offerings of this bloated genre. 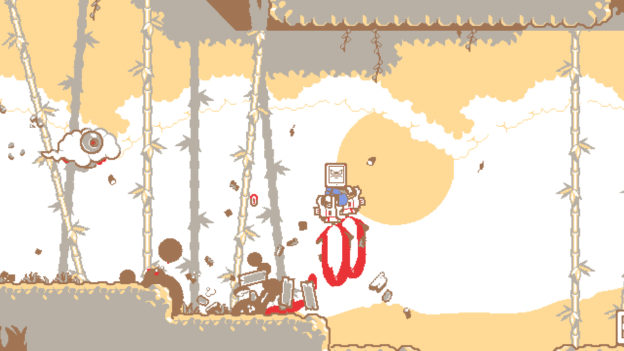 Human life on earth has nearly been wiped out by the evil A.I. Lemonkus. Has sci-fi fiction taught us nothing? Never trust the A.I. Luckily, Tabby, a robot infused with the soul of an ancient warrior, is here to save us from this techno dystopia.

Metroidvanias often fail right out of the gate when it comes to pacing. On many occasions, the introduction of new mechanics and controls is bogged down by lengthy tutorials. Kunai is as expedient as it gets, throwing you directly into the deep end to controlling Tabby. Your main attack is a melee attack using a Katana, but the game’s exploration is based heavily on Kunai-driven grappling hooks.

The left and right triggers on your Joy Cons shoot hooks that latch onto most surfaces, which allow you to climb and occasionally swing to new heights. Initially, I was worried this mechanic would leave me cold, as it has before in other grappling-based platformers on the Switch. Thankfully, Kunai’s grappling mechanics are as user-friendly as it gets. Not only is this an inspired idea to wrap an entire game around, but it even allows you to make the game – at least in some areas – as fast or as slow-paced as you wish.  You can take your time on foot. Or, you can Peter Parker your way around and zip through areas with ease.

Sure, some surfaces aren’t Kunai friendly, which adds a little more challenge to the game. The rest of the typical metroidvania pattern is relatively unchanged. You explore, you fight bosses, unlock more abilities, and rinse and repeat until the game is done. Cashing in money even lets you upgrade your arsenal and abilities.

Grappling mechanic aside, Kunai also stands out with its inspired presentation. The color palate is monochrome, save for the light peppering of reds and blues. I’m not sure I’d even call its look retro, as it doesn’t remind me of anything from the 8 or even 16-bit area. But it is gorgeous, especially considering Kunai’s setting and story–which in most other games, I skip whenever possible. 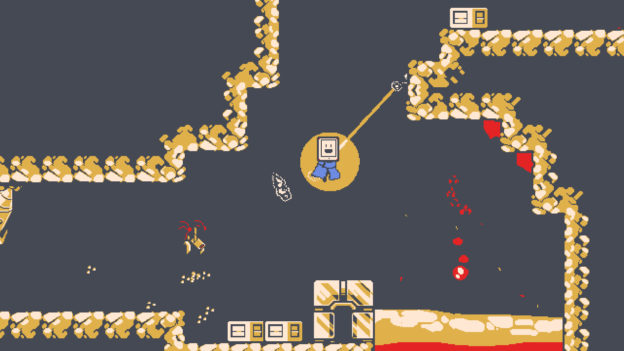 Unlike clunkier entries in the genre, Kunai is incredibly user-friendly. It doesn’t hold your hand like Metroid Fusion, but it also doesn’t toss you into the deep end, or set up unfair portions far from save points. There’s a challenge to be sure, but it’s never forced, and it’s never cheap.

Kunai does so much with so little. From the minimalist art style to the polished grappling mechanic, it’s hard not to recommend this entry to fans of the metroidvania genre, or anyone looking for a fresh offering on the Nintendo Switch.