Lego City Undercover comes out on the Wii U Monday, March 18th, but be warned that downloading the game via the Wii U eShop may require the use of an external hard drive.  Nintendo does warn consumers via the Lego City Undercover website but it takes a little looking to find the pop up that contains the warning.  This is most likely due to the size of the game which is 22GB, according to several reports.  The warning from Nintendo’s website and the March trailer for Lego City Undercover can be found below. 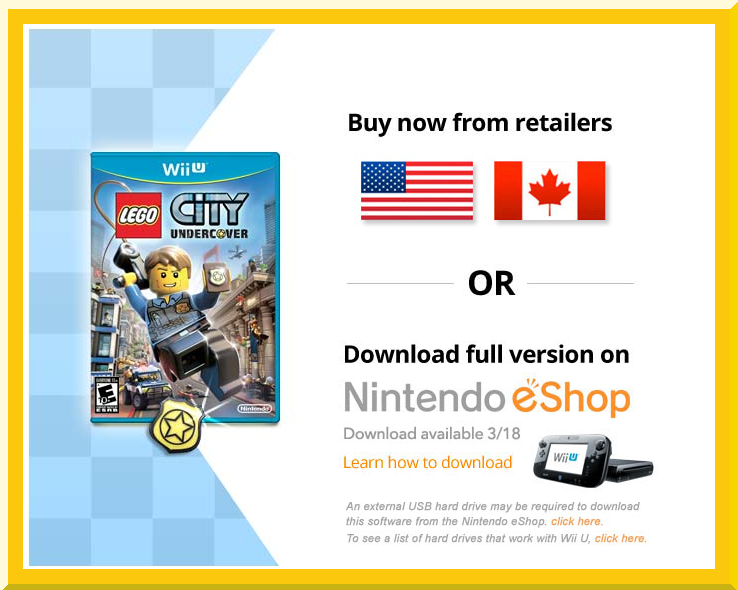