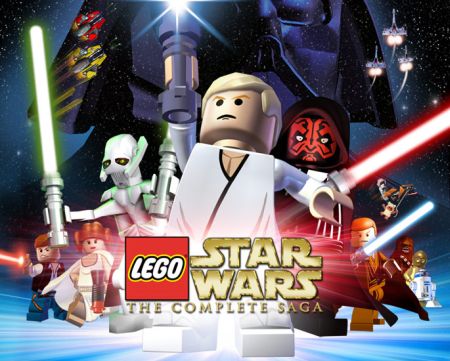 GameSpy had some hands-on time with LEGO Star Wars: The Complete Saga and share a bit of their experience with the controls.

To use the Wii’s functionality, the Complete Saga team essentially added a layer of motion-sensing controls over the primary set. You can press the Z button to build, but if you piston your arms up and down to pantomime the character’s animation, you’ll build much faster. Similarly, you can just press the Z button to use your Force powers, but if you direct them with the Wii’s controls you’ll get a much faster or more powerful response. Although it might not make it into the final build, blaster characters will probably be able to fire their grapples by flicking the remote from down to up. And, finally, you can use the Wii Remote to swing your lightsaber.

If you waggle the Wii Remote, a character armed with a lightsaber will swing it with the same abandon you swing. If you jump or double jump first, you’ll perform a slam or super slam attack. In addition, if you swing when a bolt is incoming, you’ll be able to swat away blaster fire (rather than just having to hold your lightsaber still). Swinging the lightsaber with the Wii Remote is a bit faster than just pressing the trigger, and the effects you generate more powerful, but the real payoff is simply swinging your “lightsaber” in real life.