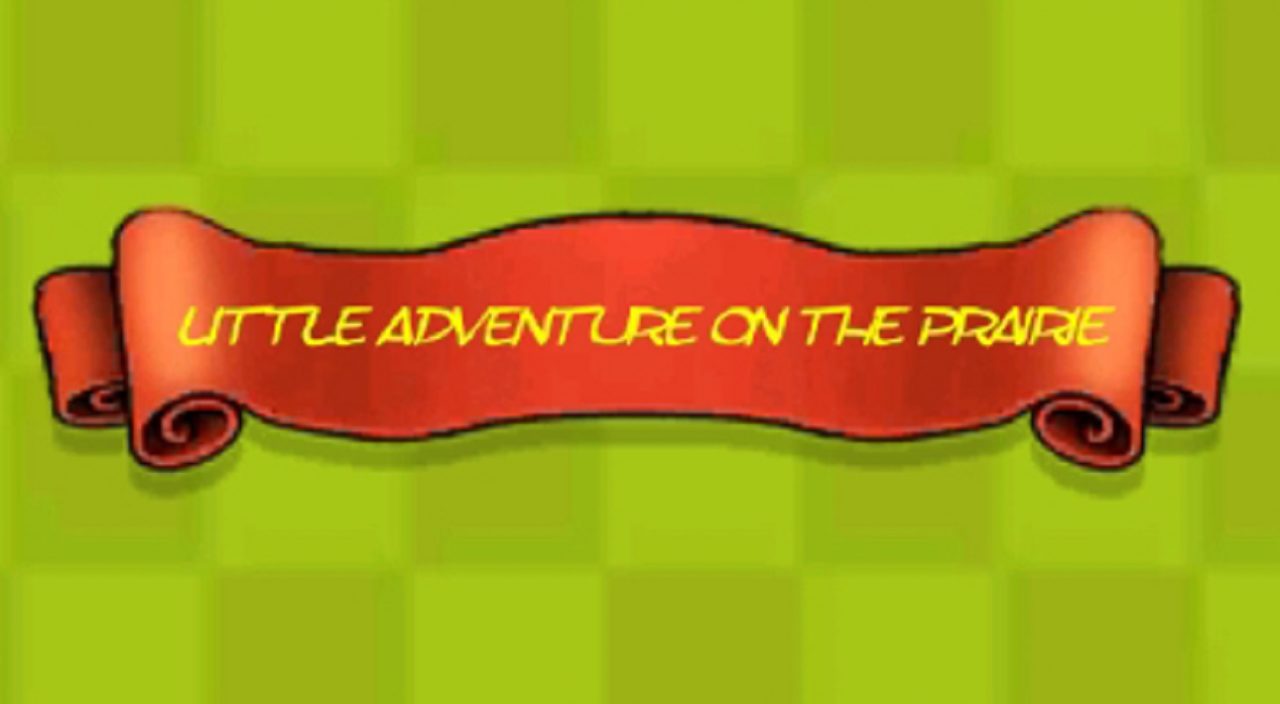 Little Adventure on the Prairie is an adventure platformer, from newly established developer and publisher Infinite Madda. The game was previously released on the iOS App Store. Let’s take a look at how it holds up on the 3DS.

My first impressions of this game were not positive. After completing all twelve of its stages in less than twenty minutes, my mind has changed just a little. I realized the game had potential and I understood a little of what the developers were probably striving towards.

As far as story goes there really isn’t one. There isn’t even a name for the main character, and as to why he is exploring a prairie, it is as good as anyone’s guess. I found this to be disappointing because clearly the time went into his design. The premise is you go around attacking monsters on a prairie for some reason. As you progress through the game the enemies and background change appearance once every four levels. It was this change in the level design and enemies that made me want to continue playing the game.

At times the level design, especially in the first level, just felt uninspired. Much of the level design looked as if the same ground piece was placed over and over again beside each other or sometimes slightly elevated or spaced out for a bit of a platformer feel to the game.

The controls mainly feature the “A” and “Y” buttons. The “A” button allows for the character to jump whereas the “Y” button attacks, I think? I was never really too sure because it seemed very ineffective and did not cause much damage. Instead the character just kind of flailed around his sword and hopped in the air. When jumping, the character looks like a marionette that has been pulled straight up.  The movement did not resemble any sort of jumping motion, and looked kind of creepy. The controls and the attacks just didn’t feel complete, like they accomplished anything.

As for sound effects, there were no sounds to indicate anything. A sound to indicate that an attack was actually successful would have been nice. There was music to the game and although it was nothing spectacular, it was there–and it did keep the game from being total silence.

Along the way players can pick up power-ups, a sword-shaped one that raises the attack, and a shield-shaped item that raises defense. There are also red and blue healing items. The blue ones restore more than the red ones do.

Although it feels more like the test demo of a game rather than a completed work, it still offers limited fun. When compared to the rest of the game at least the character and monsters had reasonable designs. After playing all twelve levels the game still seemed to be missing its potential. Even just a little polish to the battle system would have been nice. It took me about 20 minutes to play through the game so with the price tag of $2.99 it still seemed a bit steep. Despite the flaws, I am curious as to what infinite Madda will have to offer in the future.

After playing all twelve levels the game still seemed to be missing its potential. Even just a little polish to the battle system would have been nice.