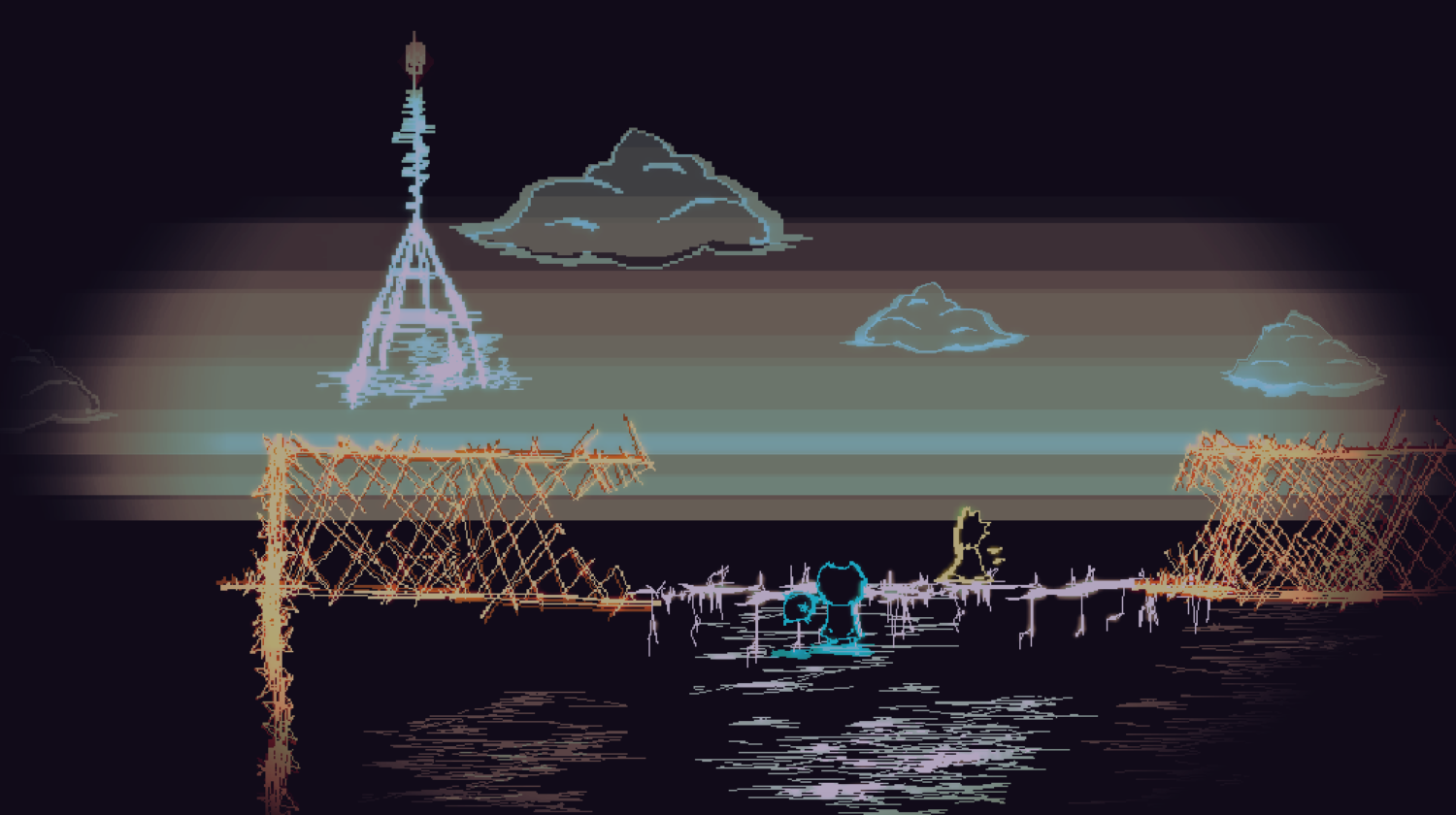 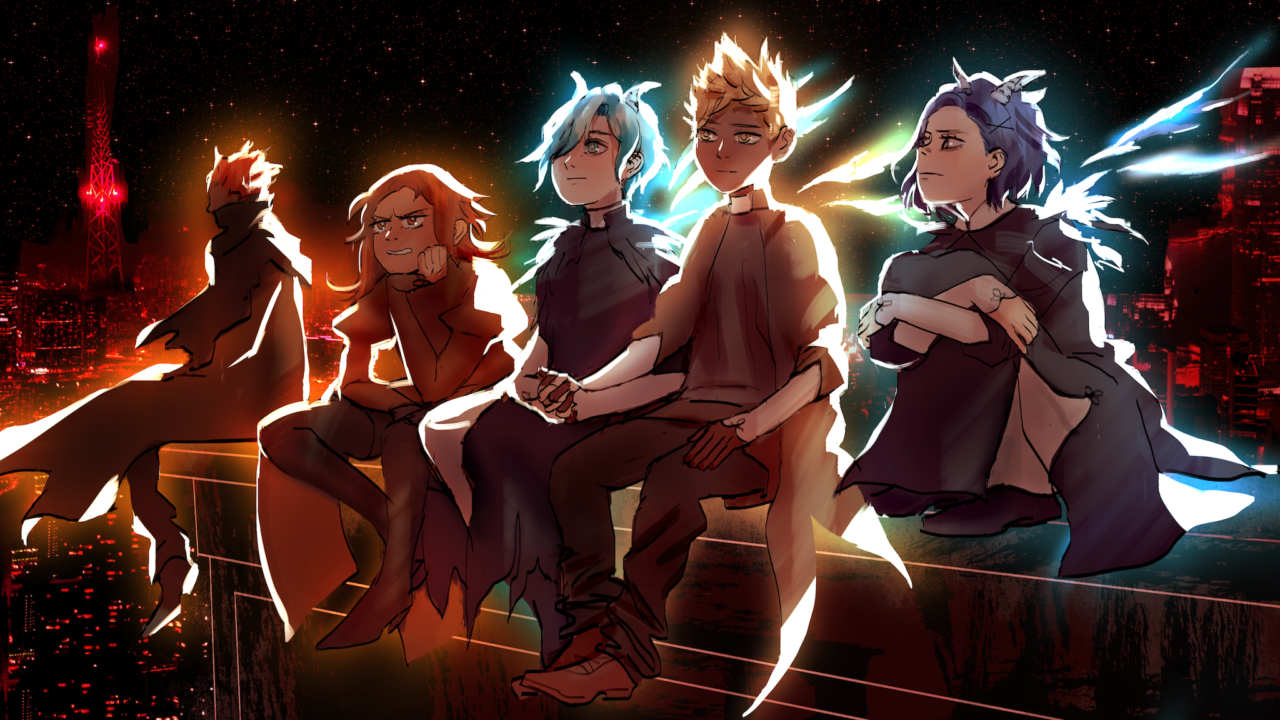 Warning: If you have epilepsy, or otherwise experience seizures or other symptoms as a result of photo-sensitivity, I do not recommend you proceed further with this review or title.

“Lucah: Born of a Dream” is a game straight from the nightmares of studio melessthanthree. The game is comprised of old-school computer typeface with rough-sketch illustrations. The mixture of both feels otherworldly and disturbed.

This game was originally released on PC, but it launched on the Nintendo Switch on for $14.99 USD. “Lucah: Born of a Dream” is a top-down hack and slash RPG that takes you through a labyrinth of wooded scenery and fortresses. It opens with you playing a disheveled child, and words on a screen speak of nightmares and atonement. 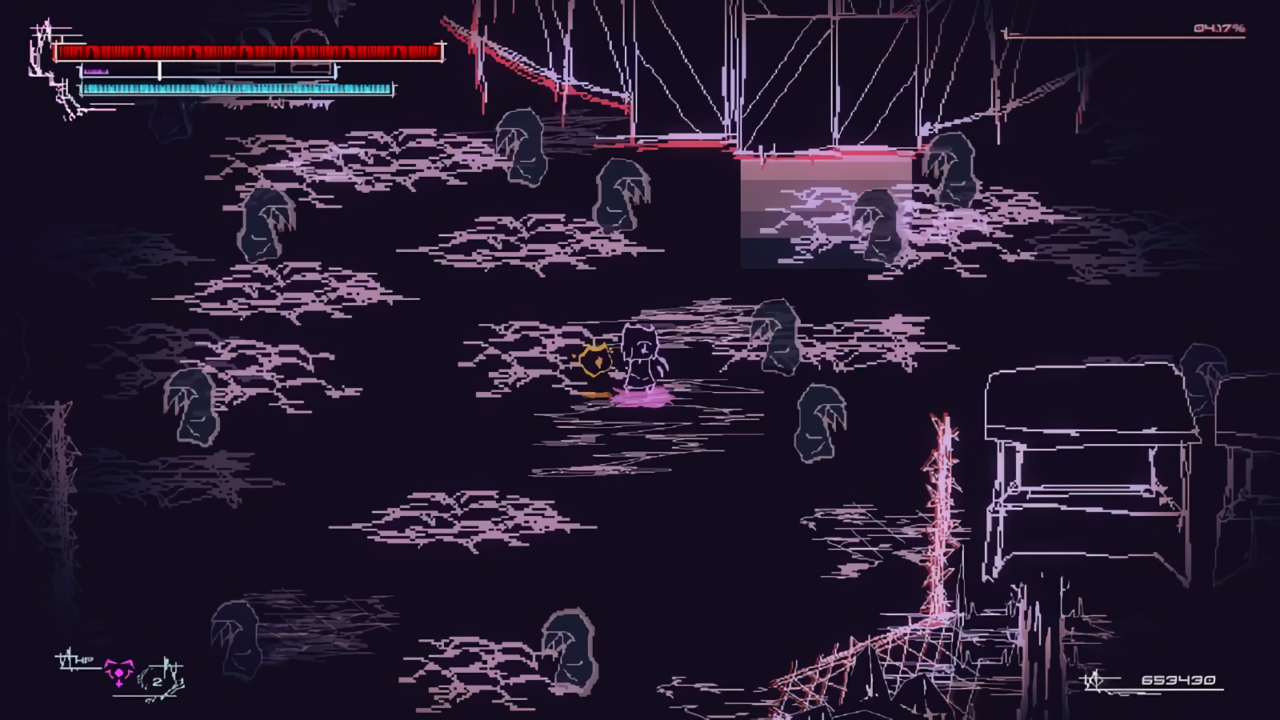 The world in “Lucah: Born of a Dream” feels unsettled and disturbed, as if the universe is pulsating with energy or anger. The double-vision effect of the game often confused me about what I was looking at or where I was—which seemed to be the point. It was as if it were all pages ripped out of a manic notebook and crudely pieced together to tell this nightmarish story.

The music is low and ominous throughout “Lucah: Born of a Dream”. The melodic chorus that follows you as you explore this distorted world works inharmoniously with the imagery of bloodied bodies on the floor and monstrous beings attacking you in hordes. Still with all of this graphic imagery, the game is only rated T—likely because of its stylized lower quality.

In the moments when you’re not fighting off strange monsters, you’re taking in this unique illustrative style. Simple linework tells a great story about the vast world of the game. The way in which melessthanthree took these etchings and made the shapes recognizable to pieces of our own world was a stunning artistic take. 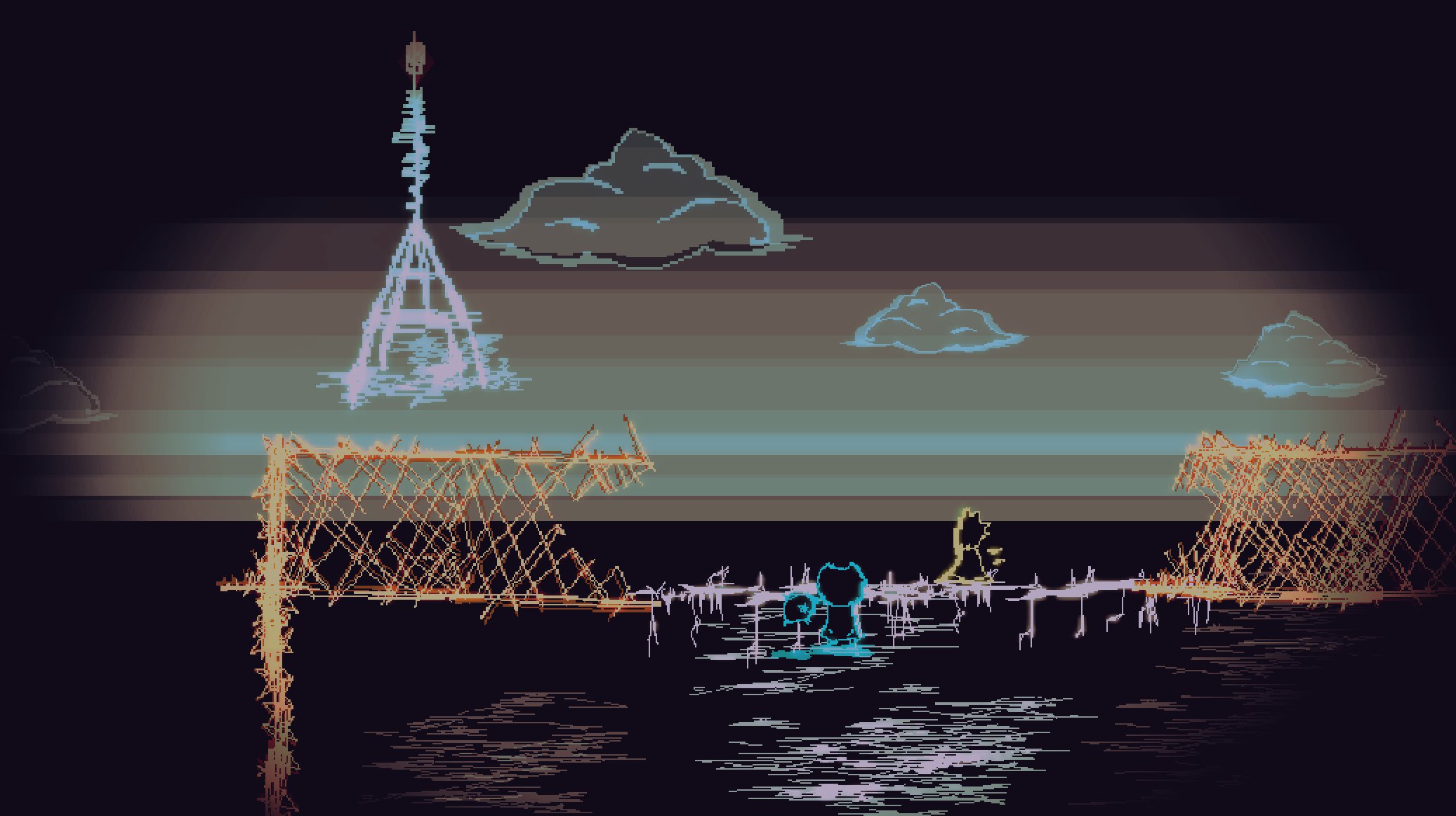 When I finally made it to what appeared to be a church—overturned pews and robed men speaking of the rapture—the game took a turn into the cult-like apocalyptic. I would be remiss to not say the boss fight that followed took me several tries before managing to perfect. However, this game takes the mechanic of a “game over” and does something different with it.

Within the walls of the church in particular, your health bar never hit zero. A loss in that final stage merely transported me to another chamber or hall in the church. Each time, the color scheme of the church changed and the enemies changed, too. I even acquired more items to equip or use later. In this way, a failure never truly was a failure.

It was as if my inability to defeat the nightmare in that stage was an intended mechanic of “Lucah: Born of a Dream”. 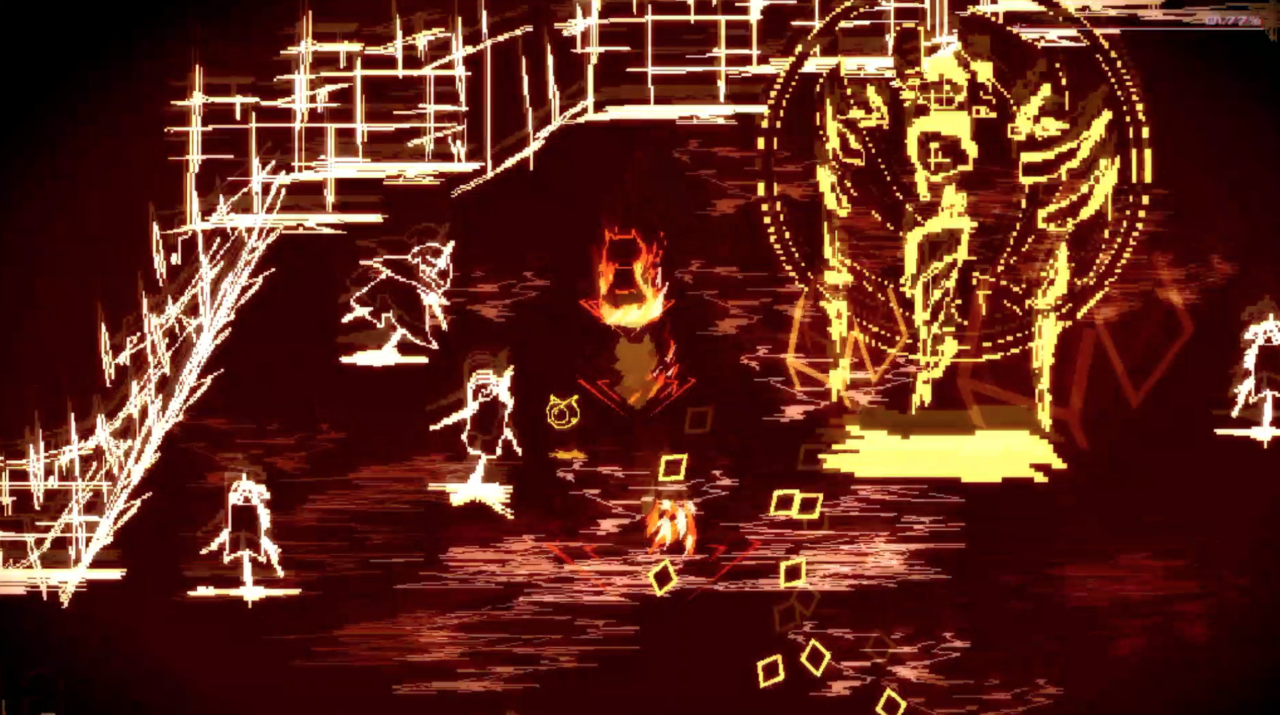 The world opens up the more times you are sent backward to explore. But even with this unique take on a “game over”, this game wasn’t overly difficult to play. You’re given fluid combat mechanics with three main attack types that you can interchange out for different ranges and strengths within the equip menu. Your abilities are measured by health, stamina, and charge. While your character takes up the majority of your stamina, you eventually acquire a small friend to issue longer-ranged attacks who consume your charge bar.

Your dodge gives you a good getaway, even if it does take some of your stamina. There’s even a “rewind” option for if a battle starts off on the wrong foot, though I didn’t employ this too often. So long as you find a sword in the ground, you’ve found a checkpoint, and there you can level up or quick-travel to wherever you’ve been. 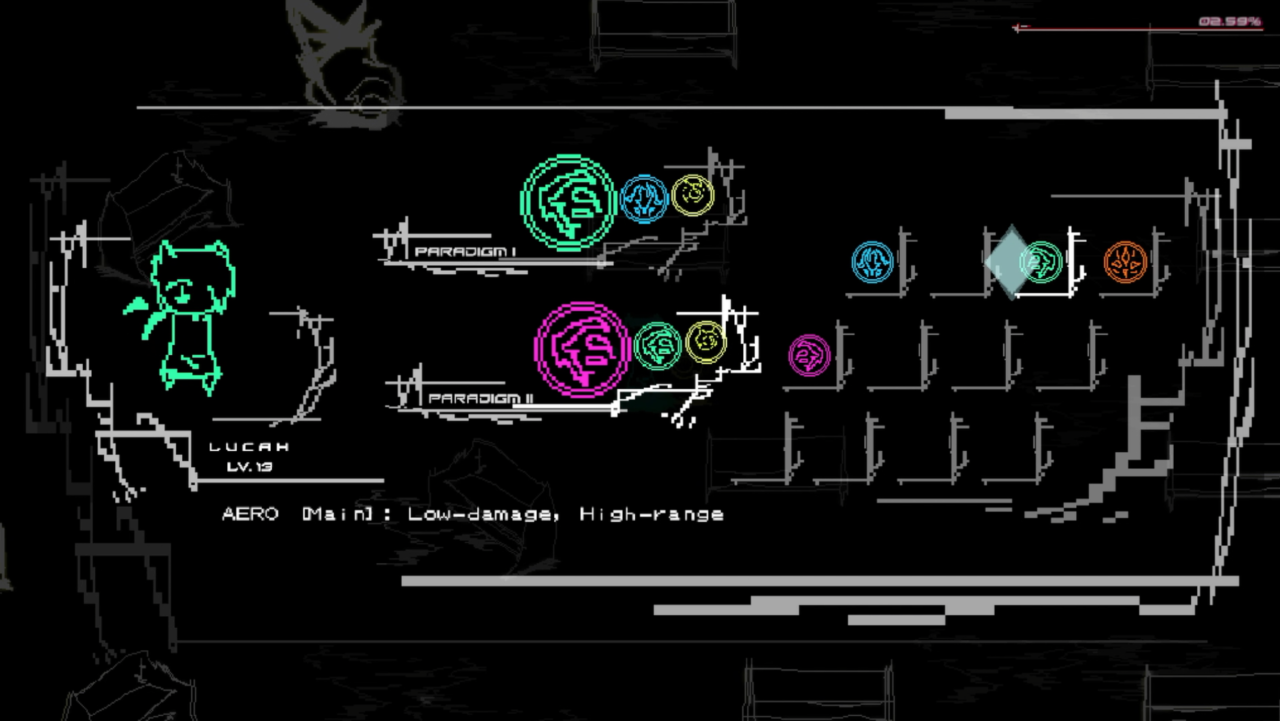 There’s a sense of ambiguity in your purpose in the story and your place in this distorted world. In “Lucah: Born of a Dream” you take on what you can while unraveling the secrets of the occult.

It’s strange, it’s confusing, it’s intense, and it’s dazzling. For those who aren’t photosensitive and can handle the imagery, I recommend this game to anyone interested in exploring a uniquely-animated RPG with heavier themes.

“Lucah: Born of a Dream” takes a unique animation style and tells a deeper story. However, if you suffer from any type of photo-sensitivity, this game should be avoided.