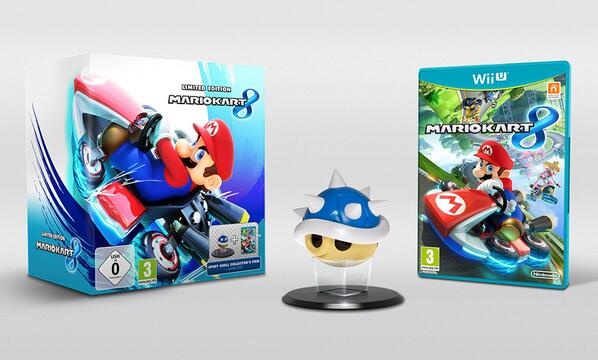 Nintendo of Europe have announced that Mario Kart 8 for the Wii U will be receiving a special edition bundle featuring an attractive little Blue Shell model, presumably to set alongside your Wii U to remind you of the perils of being in first place.

There’s also a rocking YouTube video to accompany the announcement featuring the model and the Limited Edition Box art. There is no confirmation of the edition reaching the states as of yet, however, those from the UK can pre-order the special edition for Nintendo’s Official store, or via GAME at a price of £59.99.