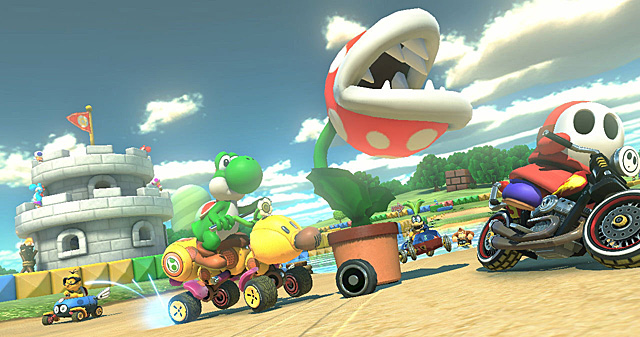 Another Mario Kart 8 post (we told you it was time to get excited), this time from our IGN friends.

Item customization – the ability to set the types of items used in a race – was available to a certain extent in Mario Kart 7 on the 3DS. The developers of Mario Kart 8 have now said that they’ve taken this idea and expanded it.

This is great news for fans who like to customize their game or create a challenging new way to race. In particular, the developers are targeting players who feel jaded by what could be perceived as a measure of “luck” required to win – specifically, the notorious blue shell, which can make or break a race.

That feature is not random. It just doesn’t happen. There is a lot of adjustment, and there is a lot of thought and effort put into that system and developing it in a way that actually promotes game balance. So I would hope people would understand that as well.

In essence, it’s all about getting the right balance when it comes to the use of items. If players don’t like the default balance, this will give them the option to change it to a way that suits them. The developers do spend a lot of time on getting that balance right though, and had this to say:

… item balance, from the time we start working on development, a thousand times, maybe even tens of thousands of times, we adjust that balance while we’re playing. At the end, we come up with what we hope or feel is a really good balance. It’s our strong hope that folks would want to play with the items as we have balanced them.

So at the end of the day, the developers try to create an experience that makes players want to come back and play again, even after losing. So the addition of customization can only be a good thing.

What do you think about the whole idea of item customization? Let us know your thoughts below.