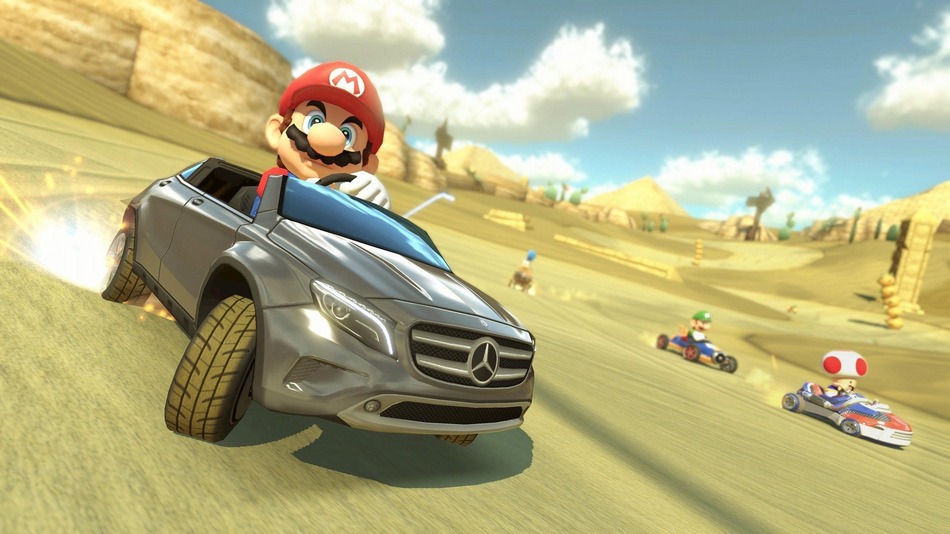 Nintendo has announced that it will be releasing its first Mario Kart 8 downloadable content in the west in a joint initiative with Mercedes Benz.

Previously only scheduled for release in Japan, now US and European players will also be able to race the luxury compact SUV from Mercedes Benz, in the form of a GLA-Class Kart.

The downloadable content will be released in both the US and European regions this summer, and will be available for free download.

Check out the amusing trailer below, and the tweet announcing the release, and let us know if you’re looking forward to racing in a Mercedes Benz!

We’re planning to release a GLA-Class kart from @Mercedesbenz for #MK8 this summer. Stay tuned for more info! pic.twitter.com/c5Gp886s7e