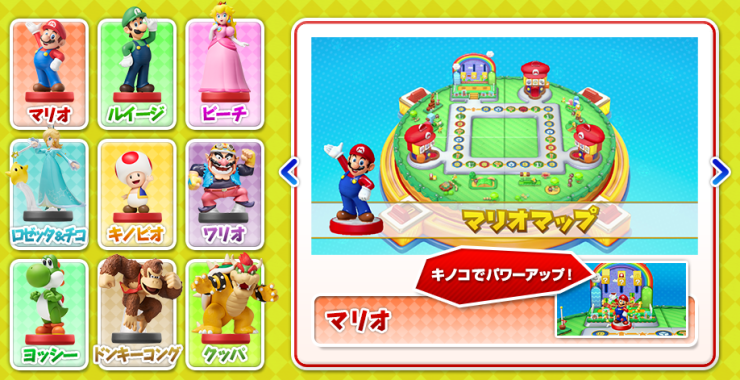 With Mario Party 10 ready to launch across the globe next month, Nintendo’s official website is now up and running – in Japan at least – and shows off some of the fun features we can expect from Mario’s latest gathering of party animals.

One of those new features is, of course, amiibos and the latest generation to be released alongside the game. The website indicates that we’re being treated to at least three more amiibos in the Super Mario series, namely Rosalina, Donkey Kong and Wario. There are also special boards for each amiibo – indicated by the images below – creating some dynamic environments for Mario and pals.

Nintendo has already confirmed that relevant Smash Bros. amiibos will also work in Mario Party 10. The site also indicates a character roster (including confirmed amiibo characters plus Daisy and Waluigi) that has two empty slots with question marks, so it looks like we’re in for some further surprises yet.

Mario Party 10 is due for release on March 12 in Japan, and Marhc 20 in both Europe and the US. In the meantime, check out Nintendo’s colorful site and let us know if you’re excited about nabbing a few more amiibos for your collection.