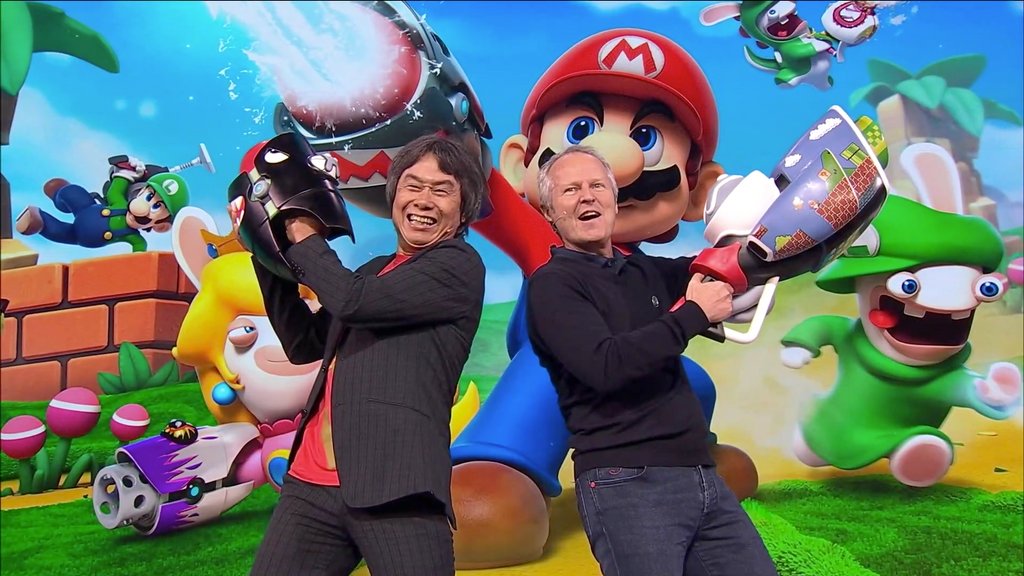 During Ubisoft’s 2017 E3 Press Conference, the curtain was finally pulled back on the upcoming Mario + Rabbids Kingdom Battle for the Nintendo Switch. Sure, this announcement comes as no surprise given the many leaks, but now it is official, and the turn-based Mario and Rabbids crossover RPG will be arriving on the Switch on August 29.

The game, which has been in development for three years by Ubisoft Paris, was introduced by Ubisoft CEO Yves Guillemot on stage alongside a guest appearance from Shigeru Miyamoto. So, much like the concept behind this game, seeing Miyamoto on stage at a non-Nintendo E3 press conference is both insane and intriguing all to boot.

Below, you can watch Shigeru Miyamoto and developers from Ubisoft discuss the origins of this unlikely crossover and how the mechanics all work to bring together one possibly wacky adventure.