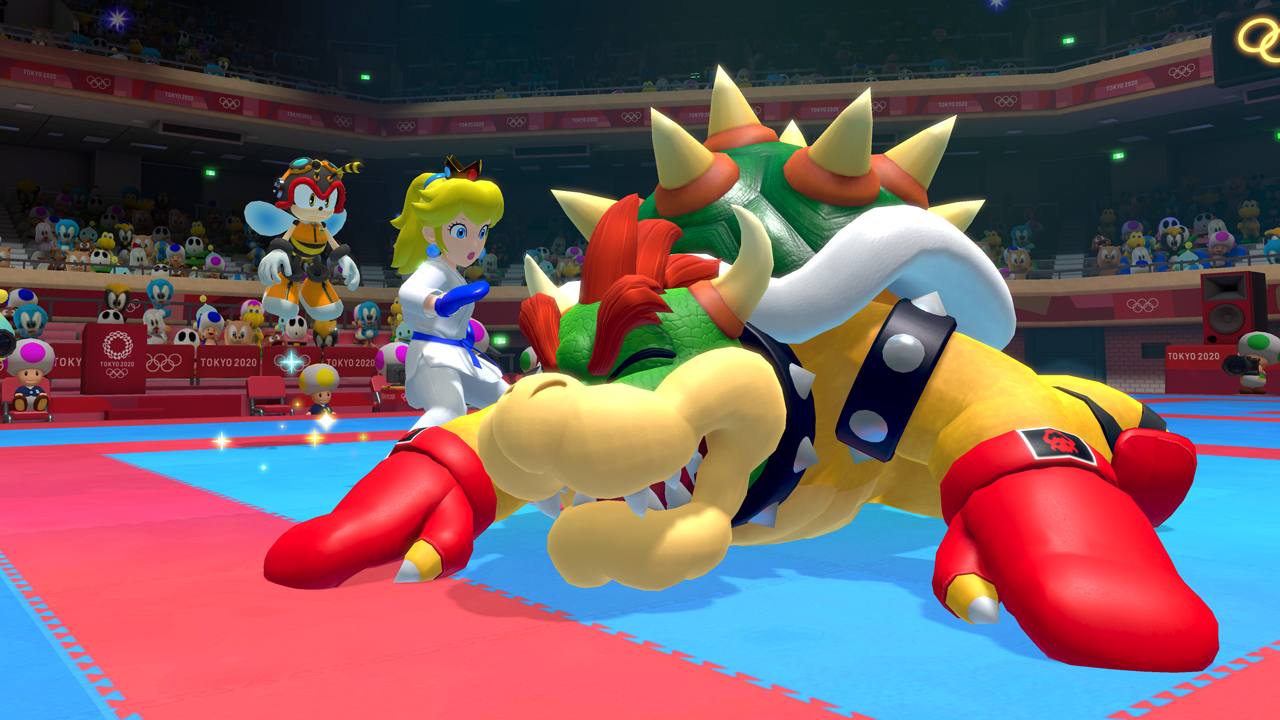 Earlier this year, SEGA announced that we’d be receiving another Mario & Sonic at the Olympic Games, but no release date was given aside from a “Winter 2019” window. During Nintendo’s E3 2019 Direct, it was confirmed to be launching sometime in November. Whilst an exact date hasn’t been announced, at least we can look forward to the month of November. The direct also showed some brand new footage of the game which made me really happy.

Mario & Sonic at the Olympic Games Tokyo 2020 will also be receiving some new sports – karate, skateboarding, sport climbing, and surfing all make their triumphant debut in Tokyo. But the trailer shows there will also be sports from previous games like boxing, swimming, and gymnastics.

Some of the PureNintendo staff also got a chance to go hands-on with the game, here are some of their tweets.

Here is the brand new footage that was shown: