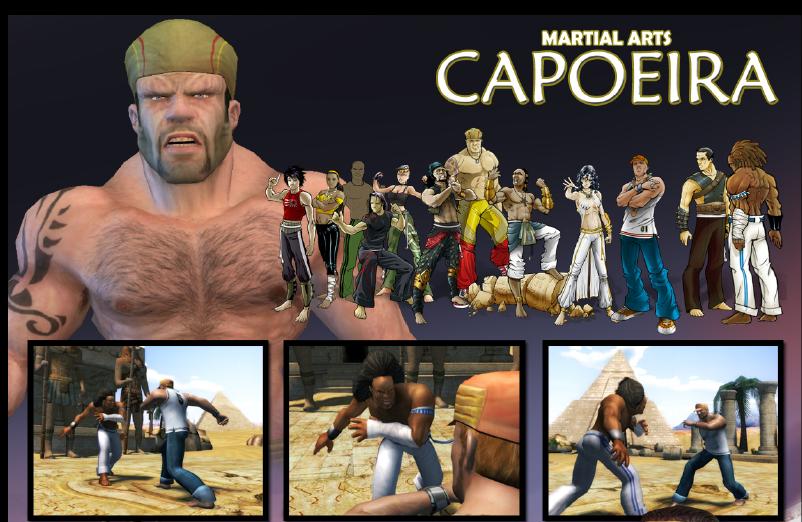 “This is our second multi-SKU project, based on our Intellectual Properties,” comments Giuseppe Crugliano, Managing Director of Twelve Interactive. “Martial Arts: Capoeira is an extremely ambitious game, that deserves a great partner like Graffiti Entertainment. Thanks to this partnership we can put in the best resources and count on the professional support of the Graffiti team.”

Kenneth Hurley, CEO of Signature Devices and Graffiti Entertainment, says, “We are very excited to add Twelve Interactive to our ever growing list of developers that Graffiti Entertainment will publish for. The different platforms selected for this game makes it a great investment for us. We are rapidly building our game catalog with unique exciting video game titles and are looking forward to launching Martial Arts: Capoeira in 2008.”

Martial Arts: Capoeira is the most exciting and original fighting game ever created! Sport and RPG elements have been combined with traditional fighting game mechanics for the very first time, to offer unrivalled realism and challenging brutal gameplay. Train until you sweat blood to increase skills such as endurance, speed, leg and arm strength. Then when you think you’re ready, take part in underground street fights for cold, hard cash. Become one with your gamepad or Wiimote and strive to earn the right to call yourself the most powerful Capoeira fighter in the World!

The game sell sheet can be downloaded from: http://www.twelvegames.com/press/Martial_Arts_Capoeira_Sellsheet.pdf