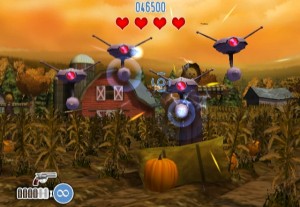 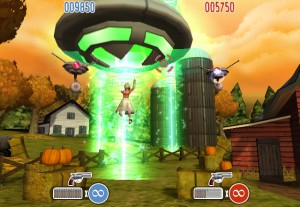 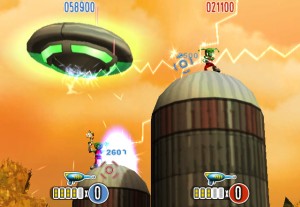 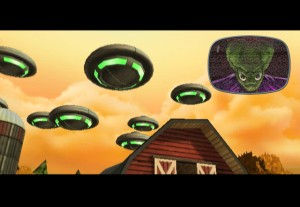 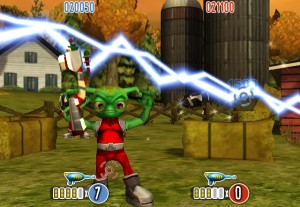 London, UK – 4th December 2008 Attention Citizens of Earth: commence panicking and prepare for the ultimate inter-galactic battle. Empire Interactive, a wholly owned subsidiary of Silverstar Holdings (NASDAQ: SSTR), today announced Martian Panic for Wii™ is currently under development. The Martian Invasion Force has targeted Earth for complete destruction and players will need more than manpower and firepower to avoid mission defeat. The Martian Mothership looms overhead, draining energy from the Earth’s core. Humans must save Earth from the extraterrestrial encounter before the Invasion Force vaporizes our planet. Martian Panic is due for release in the first half of 2009.

Developed by N-Fusion Interactive Entertainment Corp., Martian Panic will take the shooting genre out of this world, with new levels of strategy, and experimental weaponry. If one gun at a time isn’t enough, players can grab a second Wii Remote™ and blast away in the game’s dual wielding mode. Up to four players can battle simultaneously against the Martian onslaught and the advanced camera system ensures that the gamer’s vantage is always right. The rules are simple but the action is intense, so hold onto your helmet as the challenges escalate.