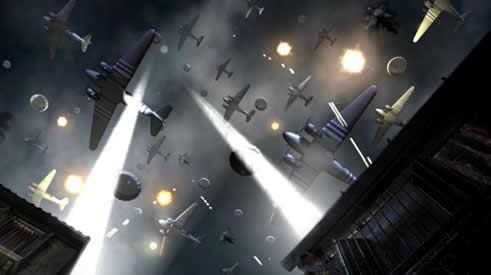 A new game in the Medal of Honor series was announced today–Medal of Honor Vanguard. It is being developed for the Wii and PS2. The title is supposed to be different than the previously announced Medal of Honor Airborne. However, it’s said that certain areas such as Sicily may overlap between the two games. Here is a quote from the story:

It appears that there will be some loose correlation between the Vanguard and Airborne plotlines, as both games focus on characters in the 82nd Airborne Division and share common mission locales, like Sicily. The “Vanguard” name implies players will be engaging in operations at the very front of the frontline (even behind enemy lines). It’s unclear when EA decided to nix development of Airborne for Wii and PS2 and go for a wholly different tie-in — perhaps it was the top-secret plan all along.

Sounds interesting to me. I doesn’t look like this is going to be a port from Airborne, but we’ll see once there is some more information released.