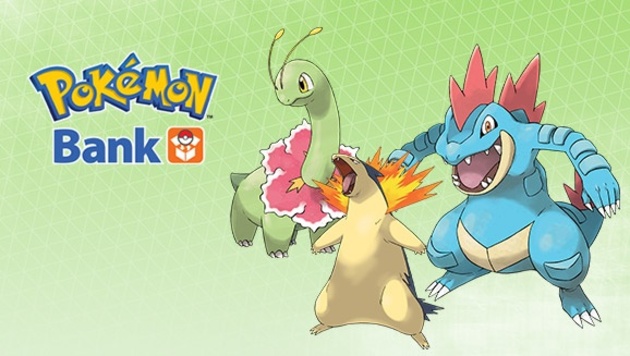 Today begins the promotional release of three Pokémon for subscribers to Pokémon Bank. Until November 30, you’ll be able to claim the final evolutions of the Johto region starter Pokémon – that’s a level 50 Meganium, Typhlosion, and Feraligatr.

Meganium comes with the Hidden Ability Leaf Guard, a protection from status conditions when the sunlight is harsh or extremely harsh. Meganium also knows Sunny Day, changing the weather to take advantage of its own Hidden Ability.

Typhlosion has the Hidden Ability Flash Fire, boosting the power of Fire-type moves by 50% and preventing damage if hit with a Fire-type move. Typhlosion also knows Overheat, Flamethrower, and Flame Charge, maximising the Flash Fire effects.

After receiving your three starters, players will be required to use the Pokémon Link in either Pokémon X & Y or Pokémon Omega Ruby and Alpha Sapphire.

Are you a Pokémon Bank user? Let us know if you’ve claimed your own Meganium, Typhlosion and Feraligatr yet.