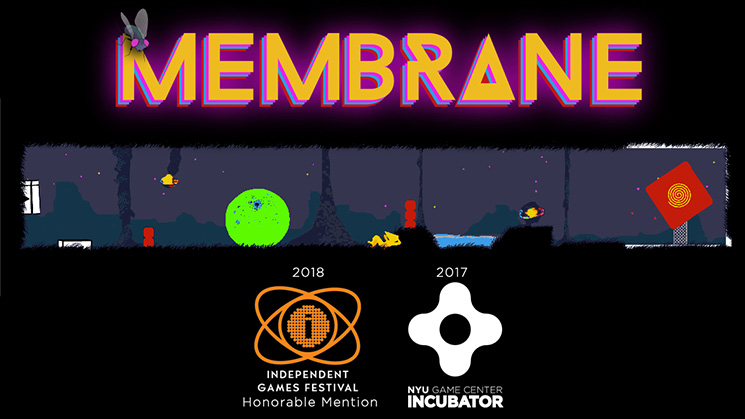 Every once in a while, there’s a game that screams the eponymous internet acronym “WTF.” Membrane certainly qualifies.

From the beginning, this action-puzzler smacks of Tim and Eric weirdness. Inside of someone’s brain, a small pointy yellow creature named Sig must help fire off synapses in the brain he lives in to kill a housefly. At the molecular level, brain functions are slow, so Sig’s odyssey spans the length of an indie game. Who would’ve thought brain mechanics could be so fun? 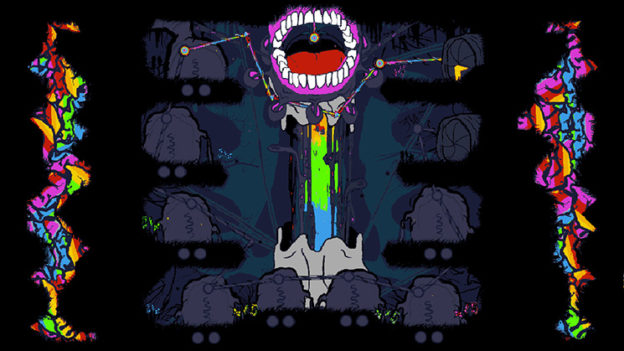 Sig is able to fire red bricks from his mouth (beak?) to scale many obstacles. Firing bricks may seem like an odd ability, but it’s far more practical than you’d think.

Each of these bricks can form ladders to climb or bridges to scale. There’s plenty of things in Sig’s way, after all, from gigantic green, wall-breaking boulders and pink slime that kills you instantly. Every level comes with a new physics-based challenge paired with some solid platforming.

And when it comes to solving challenges, there’s more than one way to get from point A to point B. Initially, conquering a room will be total pie. Fire off some bricks to climb a hill? Easy peasy. Spew out a bridge to cross a river of death slime? No problem, fam. 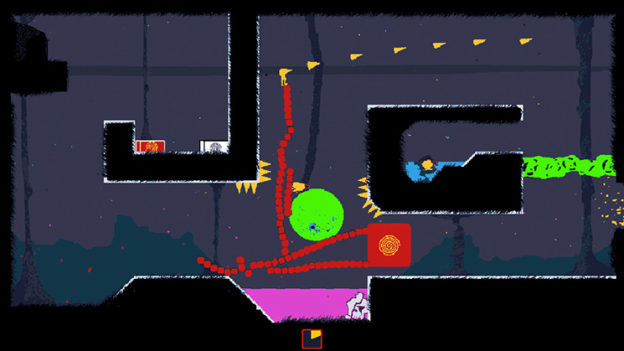 The challenges become a little stiffer as you progress, forcing you to get creative. Perhaps you’ll need to build two bridges on shoddy foundation that requires speed to cross. You may have to play chicken with a green boulder, or worse, coerce it across a level using your bricks as a lever.

If creative problem solving isn’t your thing, Membrane just isn’t for you. Solving more than a few puzzles will require not only using your grey cells, but the moxie to see hair-brained plans through. Still, the game doesn’t punish you for giving each level the old college try. There’s no end to your lives, so even if you don’t succeed the first time you can try, try again until you do.

Membrane is easily the most trippy title on the Nintendo eShop, and for that alone it deserves to be celebrated. Its innovative puzzle and physics mechanic is a fine example of how great indie titles can be when they take chances and go for broke. If you’re looking for something radically new, don’t miss out on this hidden gem.