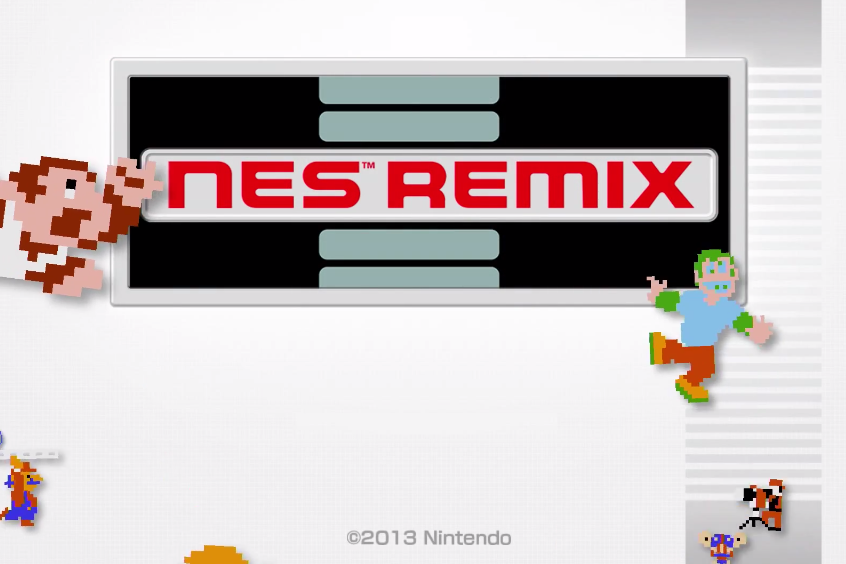 Koichi Hayashida, the director of NES Remix, hit Miiverse to announce a NES Remix competition!  The competition runs until 7 PM PT on Janurary 2, 2014 or when the total number of comments reaches 1000.  Details for the competition can be found in the text below from the Miiverse post or in the original posting on Miiverse!  The fastest time posted in the Miiverse community will be officially recorded by Nintendo.

Hey there! I’m Koichi Hayashida, the director of NES Remix. I hope everyone is enjoying the holiday season. Today, I have news about a classic and fun event for people that own the game! Starting today, the Time Attack Challenge begins! Some of you might remember this from the original Mario Bros., which was released in 1983 for the NES in North America. We gave this stage a little twist compared to the stages from the original version—you have to control two Mario characters at the same time! As one of your final challenges before 2014, see how fast you can complete the challenge!

Send in your best time by posting a screenshot of the Stage Selection Screen with the Clear Time for REMIX I STAGE 4 “Collect all the coins!” to this post . [See the sample screenshot on this post.] Remember to type or write your best time in a comment with your post. The fastest time posted in this community will be officially recorded by Nintendo! The event will end at 7pm (PT) on January 2nd, or when the total number of comments reaches 1000. Lookout for the tutorial video for the stage we’re sharing next week to help improve your scores. There are no limits on the number of scores you can post.

I hope this will be a fun and exciting challenge for gamers that played this game in the original Mario Bros. and for those that are playing it for the first time in NES REMIX! 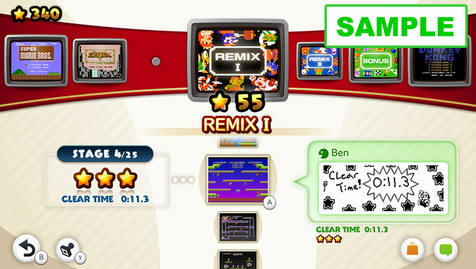