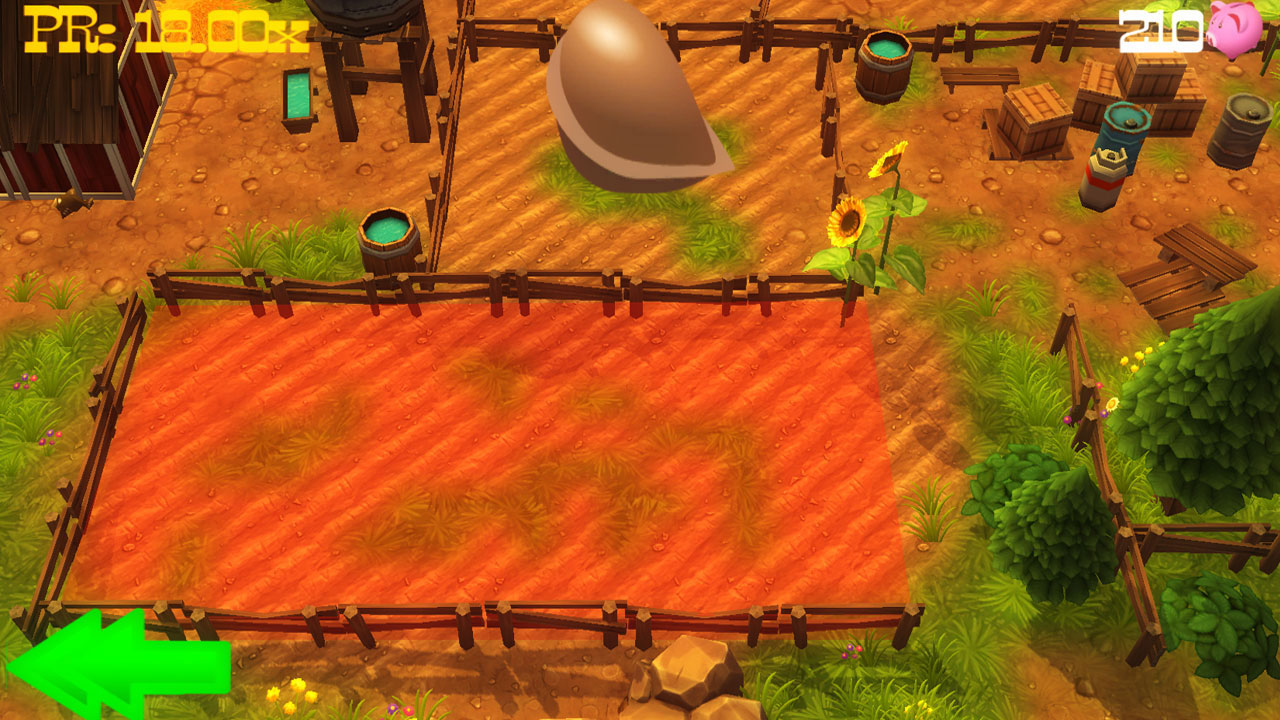 Mini-Games Madness Volume #1 is a collection of four mini-games. The games included are Eels and Ladders, Mini Farmer, Copter, and Cave Run. Each have their own strengths and weaknesses. There is also an interesting menu and a simple yet effective soundtrack.

The menu for choosing between the four games included in Volume #1 is very complicated at first but makes sense once you’re used to it. The only reason it is hard to get used to is because of the look of it. The screen is jittery, switching between games isn’t instant and darkness comes in from the corners of the screen. Once you realize that you just have to hold the left stick it becomes natural.

The four games included are of varying genres. Eels and Ladders is just the classic game snakes and ladders. There are two options for play, either a game against the AI or a 2 player game. I would have liked to see the multiplayer option be more than just for two players so that the entire family can play.

Mini Farmer is the best of the four games, in my opinion. Mini Farmer, as you could guess by the name, is a farming simulator. This game is far more expandable because you can upgrade some of items lying around to speed up the process of growing crops. My main complaint with Mini Farmer is that the cursor is not in the middle of the screen, instead it is two thirds up the screen. This feels unnatural when most games use the middle of the screen as the main focus.

Copter is an infinite sidescroller where you try to avoid hitting obstacles as the ground and ceiling are closing in on you. There’s not much else to say about the game, as it fairly basic and doesn’t have many features.

The final game is Cave Run, a third person endless runner. In Cave Run you collect gems and run as far as you can to collect a high score. For images of the four games, check out the gallery below.

The controls for the different games can be confusing especially because each one of them has their own control scheme. In Eels and Ladders and Copter, you control the game using the touchscreen; in Cave Run you use the conventional left stick to move, but you use ZL to jump.

There are no tutorials within most games, so you’re basically thrust into the game without knowing how to play. The only game that does have a tutorial is Mini Farmer. The tutorial really helps you figure out what you are doing in the game but it doesn’t mention some things that can easily be found out.

All in all, Mini-Games Madness Volume #1 is a decent first try into the game making space. However, it is simply not worth the price when you could find better versions of each game on your mobile device. Mini Farmer is perhaps the only exception, offering a way to speed up the growing process so you can grow faster. Unfortunately it doesn’t offer much more than that, like ways of making more money per crop.

Even though the games are playable, they are not great. Hopefully the developers’ next game collection will be better as they will have learned from the games they made.

Mini-Games Madness Volume #1 is a good first attempt at making games, but there are better free options for mobile. Mini Farmer is the only game worth purchasing, however it is not developed enough to be worth purchasing the volume.