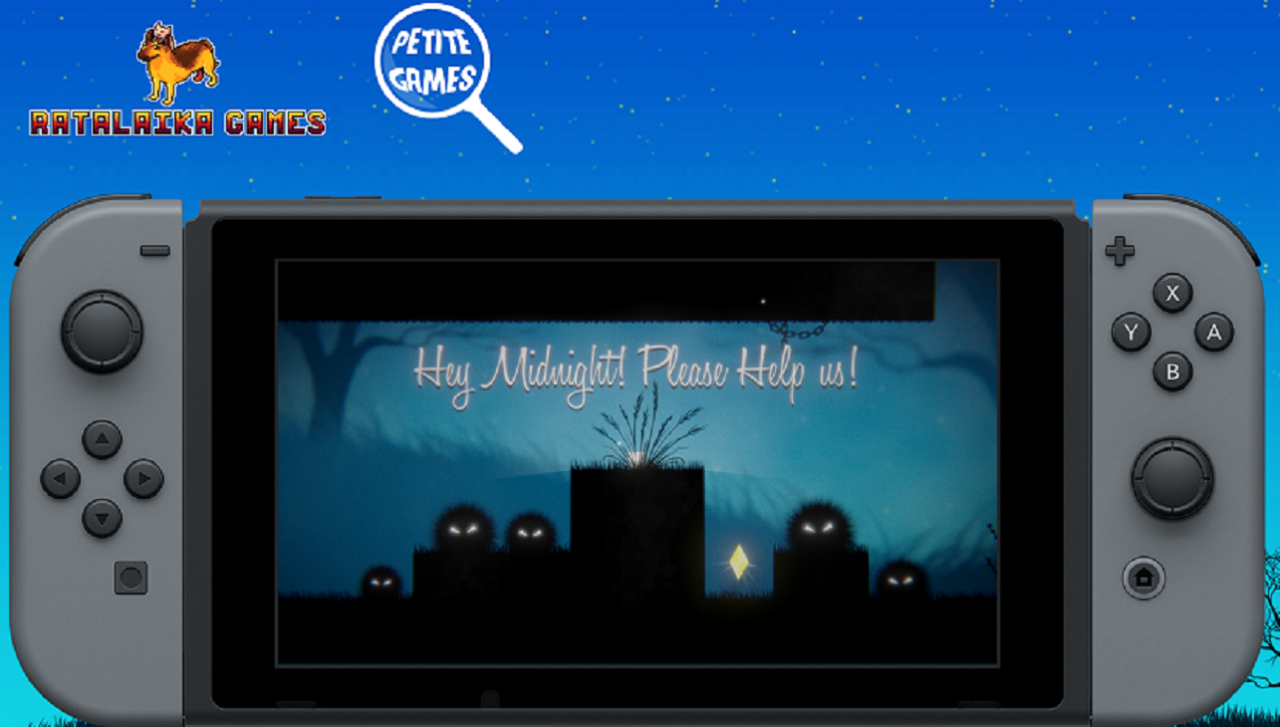 I rather enjoyed the prior Midnight games on Wii U, and now the series has become a trilogy with this latest release on the Switch (also on New Nintendo 3DS). Let’s take a brief look at 36 Fragments of Midnight.

This is a pretty short game, but it’s priced accordingly at only $2.99. Different from its predecessors it’s a platformer, rather than a physics based puzzler. While part of me misses flinging Midnight around like a golf ball, I’m more than happy for the change in formula that tries something new.

Your goal is to collect a few dozen star fragments scattered about. Procedural generation keeps things somewhat fresh. While the obstacles are familiar, their locations change, as does that of the fragments, and where you begin. You’ll be hopping about both left and right, and up and down.

Visually, I wouldn’t mind for a bit more variety while I’m collecting. A fog effect is interesting initially, but used so much I began to feel like I was playing in an English moorland. I’m not sure what happened with the music here, as there’s very little – just mostly sound effects. The aesthetics are fine for a budget game, but they won’t wow you on the Switch.

I encountered something curious with the controls. When playing on the television, the double jump would inevitably fail me. Tapping twice would eventually only register as a single jump. One hit ends the game too, and with enemies on every screen and some narrow platforms, you can imagine my frustration. However, playing undocked was fine, with no control issues. So I can only recommend this game if you plan on playing it just in portable mode.

There’s no leaderboards, online or local, so replay is limited. My best time is 5:03 – can you beat it? Overall, 36 Fragments of Midnight is just decent, but the low price means you have little to lose for giving it a shot.