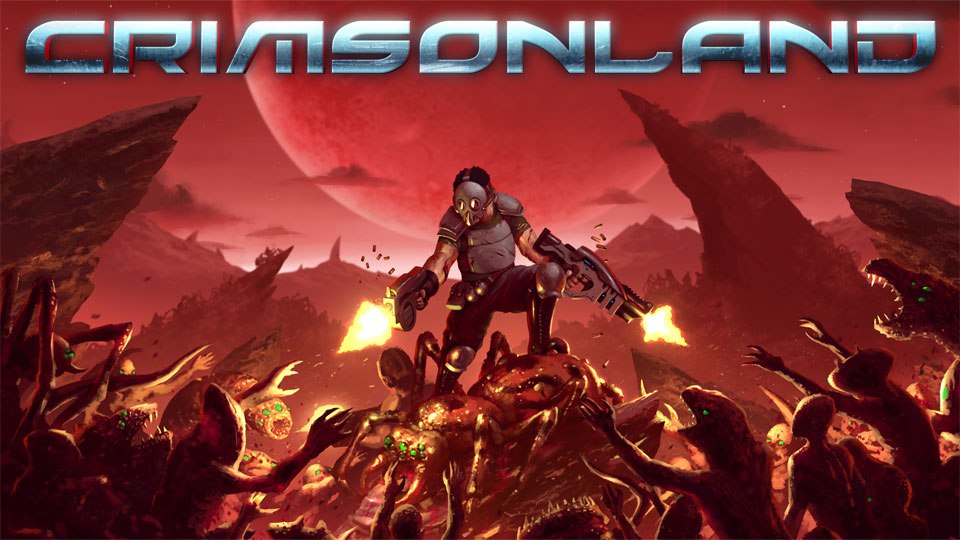 Originally released on PC back in 2003, Crimsonland finds its way onto the Switch a few years after being remastered for consoles in 2014. Surprisingly, Crimsonland has many ways of keeping you interested beyond its basic “shoot and kill everything in sight” gameplay. On the surface it may look and feel repetitive, yet it’s a nice (and bloody) callback to a niche genre that’s purely mindless, blood-soaked fun. 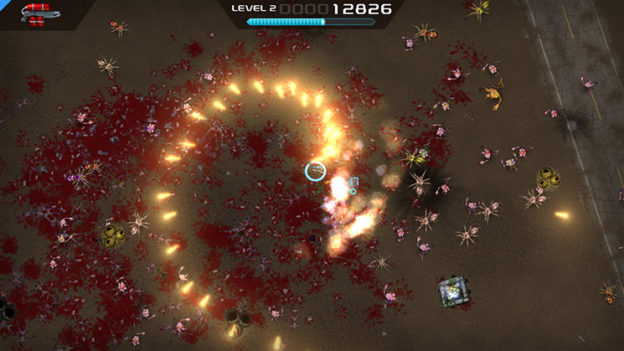 To put it simply, Crimsonland is a top-down, twin-stick shooter from developer 10tons (who have a current knack for bloody chaos and Doom homages in their games) that has you plowing through hordes of aliens, spiders, zombies, and mutants. The concept here is what you’d expect: Survive whilst avoiding contact with nasty minions who want to tear you apart limb by limb. While Crimsonland may be nothing great to look at given its subpar graphics, it’s not too terribly dull to distract you from the onslaught of enemies. Still, despite the ugly look, its sorta expected when given the type of game being presented here. 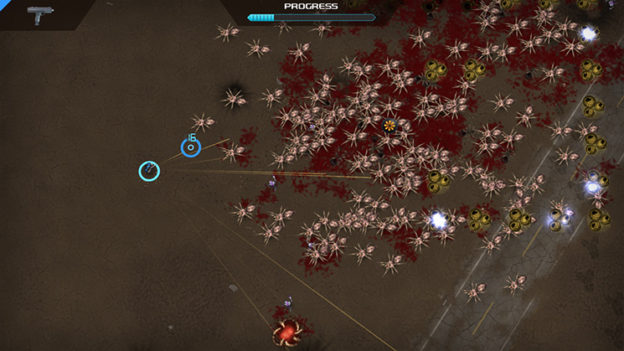 From the start, Crimsonland offers two modes of play: survival and quest mode. In survival, you must stay alive as long as possible to earn a high score, whereas in quest mode you are tasked with 60 levels to complete that include various weapons and perks to collect. Both modes were a joy to play, but I found myself more attached with the short but challenging quest mode. While not a quest per se, you are tasked with mowing down a set pattern of enemies (a status bar at the top of the screen will periodically fill up as you kill various baddies to notify how close you are to finishing the stage) while leveling up to gain certain perks. The perks in Crimsonland range from improving your aim to sacrificing a good portion of your health for greater damage on attacks. Out of all the 55 perks, the one I always coveted was Perk Master, which doubles your abilities affects. Overall, the perk system here will be your best friend as you scratch and crawl your way through each level without being overwhelmed to the teeth. 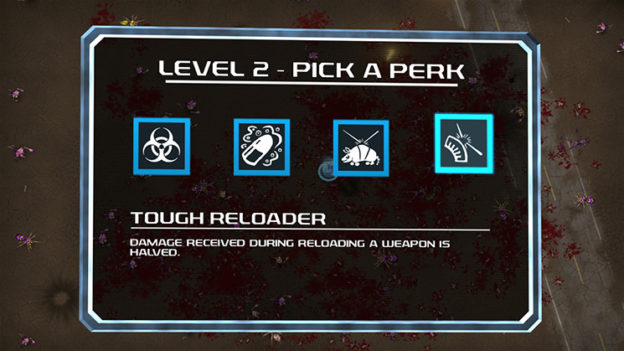 While basically an HD remaster of a much older PC title, I did find some form of disposable entertainment from my short playthrough of Crimsonland. It has a simple mechanic from a niche genre in a bygone era and has enough weapon upgrades and fun perks to keep you interested in it for a few hours. Sure, it’s nothing spectacular to look at and it can get repetitive extremely fast; however, if you had some mindless enjoyment from various 10tons titles like Butcher for instance, then Crimsonland will certainly give you a short burst of entertainment.