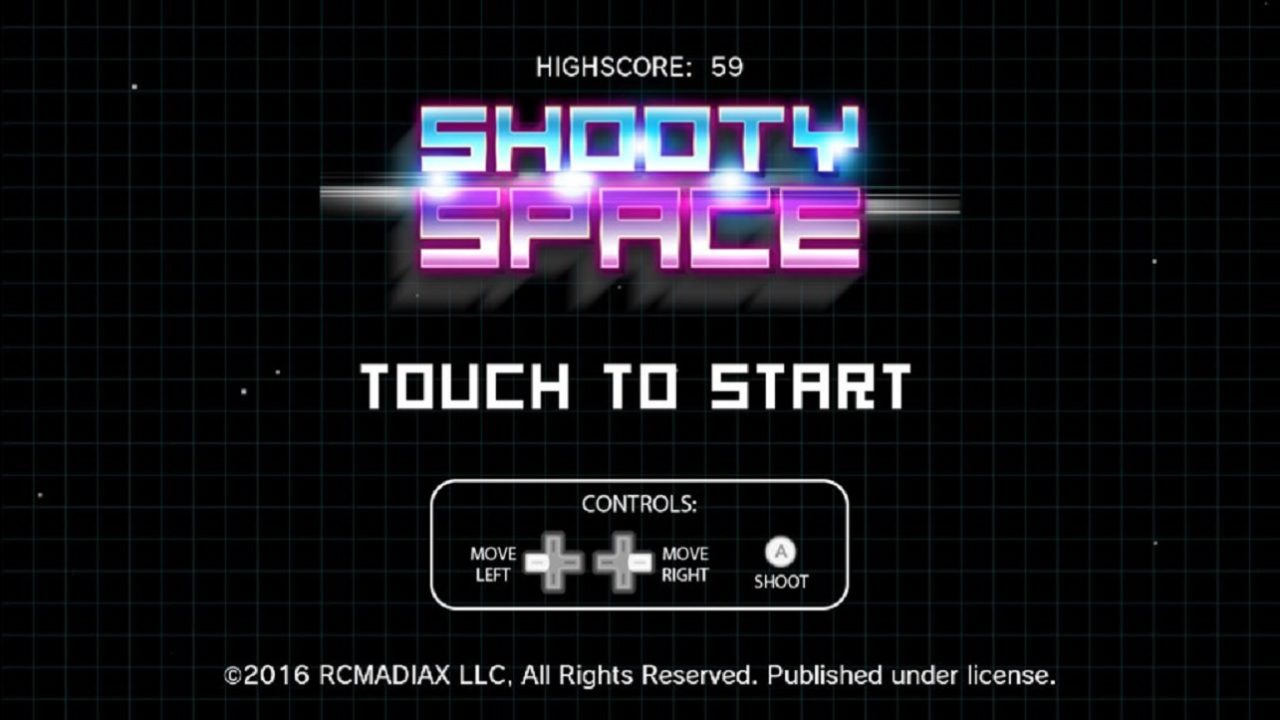 While the genre isn’t overrepresented on the Wii U, it’s best to wait for the inevitable sale on SHOOTY SPACE… if you decide to purchase it at all. Even with somewhat of a captive audience, this overly simplistic release is lacking in every respect.

Another game demo template ported by RCMADIAX, SHOOTY SPACE has you blasting waves of repeating enemies for points. Only the top score is saved. Larger enemies net you 10 points, and with every 100 you face a larger boss-type enemy.  The ramp in challenge is so slow that you’ll likely fail from bored inattention, rather than the enemy threat. 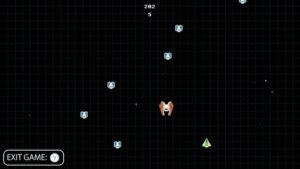 The basic controls still manage to be inferior, with only the d-pad supporting movement; limited to left and right only. You can’t even pause the game short of pulling up the home menu. Your weapon fires from the right of the ship, for reasons unknown. This button masher (like other RCMADIAX ports) could use some serious care. 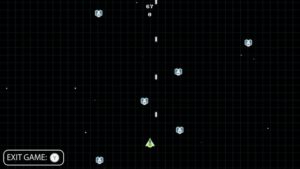 A lack of color makes the presentation quite dull, and further contributes to the boredom. There are no stand out features here. The lone music track is short and grows repetitive. It makes SHOOTY SPACE wind up turning into Snoozy Space.

With leaderboards, or two player support, this really could’ve been something decent. But this bare-bones port doesn’t cut it, even at an inexpensive $2.99. Miiverse sharing isn’t even encouraged (the community is dead anyway). SHOOTY SPACE further demonstrates why hastily ported HTML games fare so badly on the Wii U. This is the sort of game that you might play on your phone for a couple minutes to kill time, not on a home console.

With no quality evident in the porting process, and such boring and repetitive gameplay, SHOOTY SPACE is sadly awful. TITAN’S TOWER (review upcoming) is set to be the last Wii U eShop release from RCMADIAX. I can only hope his future endeavors return to game development, rather than simply publishing poorly selected projects. Please save your $2.99.

With no quality evident in the porting process, and such boring and repetitive gameplay, SHOOTY SPACE is sadly awful.