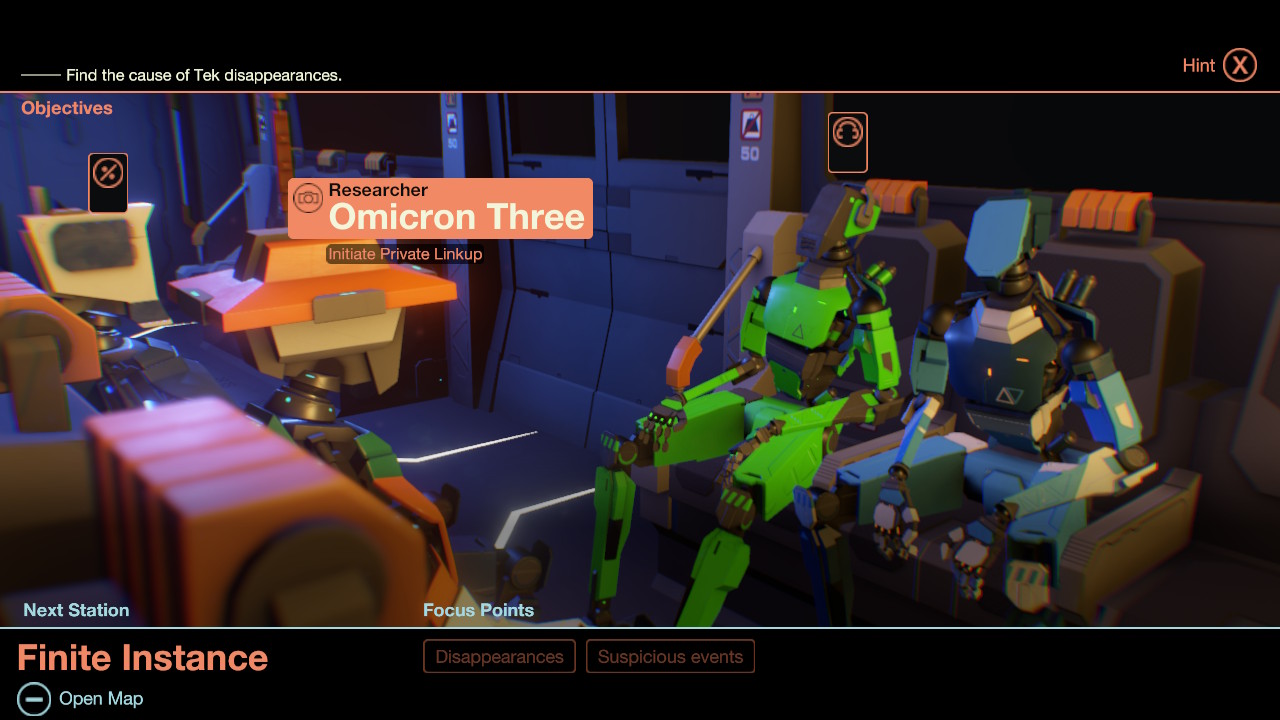 Once you begin, it won’t take long to see the credits in Subsurface Circular. The two-hour or so length fits the “short” billing, in addition to the modest $5.99 price. “Inspired by classic adventure games” might have you thinking early 90s point-and-click titles, but this is more akin to a mid 80s text adventure. Dialogue rules the day here. If your interest in reading during a game is minimal, this release isn’t for you. If that idea has you intrigued, keep reading.

You play as a robot detective, who chats with numerous other robots while circumnavigating the subway rails. Not much in the way of eye candy is offered, as you never leave the car. The graphical trick of the gyroscope simulating bobbing is more of a distraction than anything. Thankfully it can be disabled, and there is a bit of bob still the same. Everything is clean, and there are some solid robot designs. But visuals aren’t the draw, again, it’s the dialogue, that wins you over to the mysterious plot.

Which isn’t to say that the overall story is especially original, even if it is mostly strong. It has familiar sci-fi elements mixed with political thoughts. There is, of course, only so much that can be done in a short length, and the various robot personalities help. I like the style, akin to a Choose Your Own Adventure with many choices. The ending made me think too, but naturally, I won’t spoil it.

After working your way to the satisfying end of the story, there is developer commentary (and art gallery) for an extra.  This is similar to Thomas was Alone (same developer) but sans any spoken text. Having been spoiled on the former, the appeal of this read-only extra is less, but I still appreciate it for the insight it offers.

A short game makes for a shorter review. I like reading, so I’m going to score this a bit generous. I do feel that Subsurface Circular is good, even if it ends with unfulfilled momentum.

I do feel that Subsurface Circular is good, even if it ends with unfulfilled momentum.