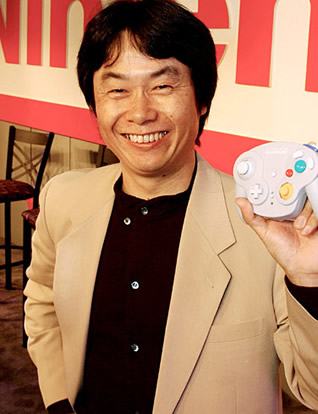 According to askmen.com Mr. Miyamoto is the 19th greatest “Manly” man of the Year. In between Men like Sacha Baron Cohen (Borat)at 18, and Gordon Ramsay (chef, Hells Kitchen) at 20.

Just Scanning at the list of “Manly Men” ahead of Mr. Miyamoto, David Beckham number one, Rodger Federer number 4. its kinda hard to argue to much. Except for the one sitting at number Five, Justin Timberlake. Justin Timberlake is in no way a “Manly Man.” In fact I would argue that he is more of a “Girly” man.