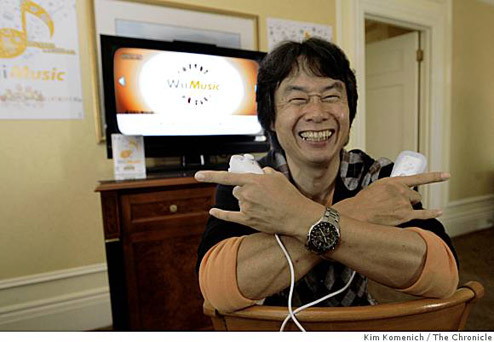 Miyamoto: Wii U Needs To Find A Balance Between Price and Power

SM: Nintendo is an entertainment company. We’re very sensitive to pricing because people have generally only a certain amount of their spending that they’ll devote to entertainment. And if you’re talking about parents buying something for kids, there are certain price points where parents may be willing to or not willing to purchase a certain product.

Nintendo needs the Wii U to be powerful, but also affordable.
But at the same time, you have these technological advances, and you have the needs of being able to take advantage of that technology, and those result in increasing costs and things like that. And so I think that in terms of companies that really look very carefully at what is the best balance between price and possibility in terms of the hardware, Nintendo is the company that’s going to probably pay the most attention to striking that right balance.

So when you look at what we’re trying to do this time, which is I think maybe to a certain degree somewhat reckless, because we’re trying to include this somewhat kind of tablet-like device–this controller with the screen. We’re trying to do that by finding the right balance between the CPU and the GPU, the graphics processor, and bringing all of that together with the ability to take advantage of the HD capabilities of the system, and wanting to do the most that we can on that front as well.

We’re very sensitive, of course, to trying to do all of this at an appropriate price. So I don’t know that we would be able to sit here and say that it’s going to necessarily dramatically outperform the systems that are out now. It’s part of the balance that we strike in terms of trying to find entertainment that is new and unique.

This can go hand in hand with the idea that Nintendo is still not sure how powerful the Wii U will become. I am sure Nintendo has a price range in their heads that they want to hit. (My guess $300-350) Once the time comes to finalize the system. Nintendo will weigh the options to see exactly what they can put into the system.