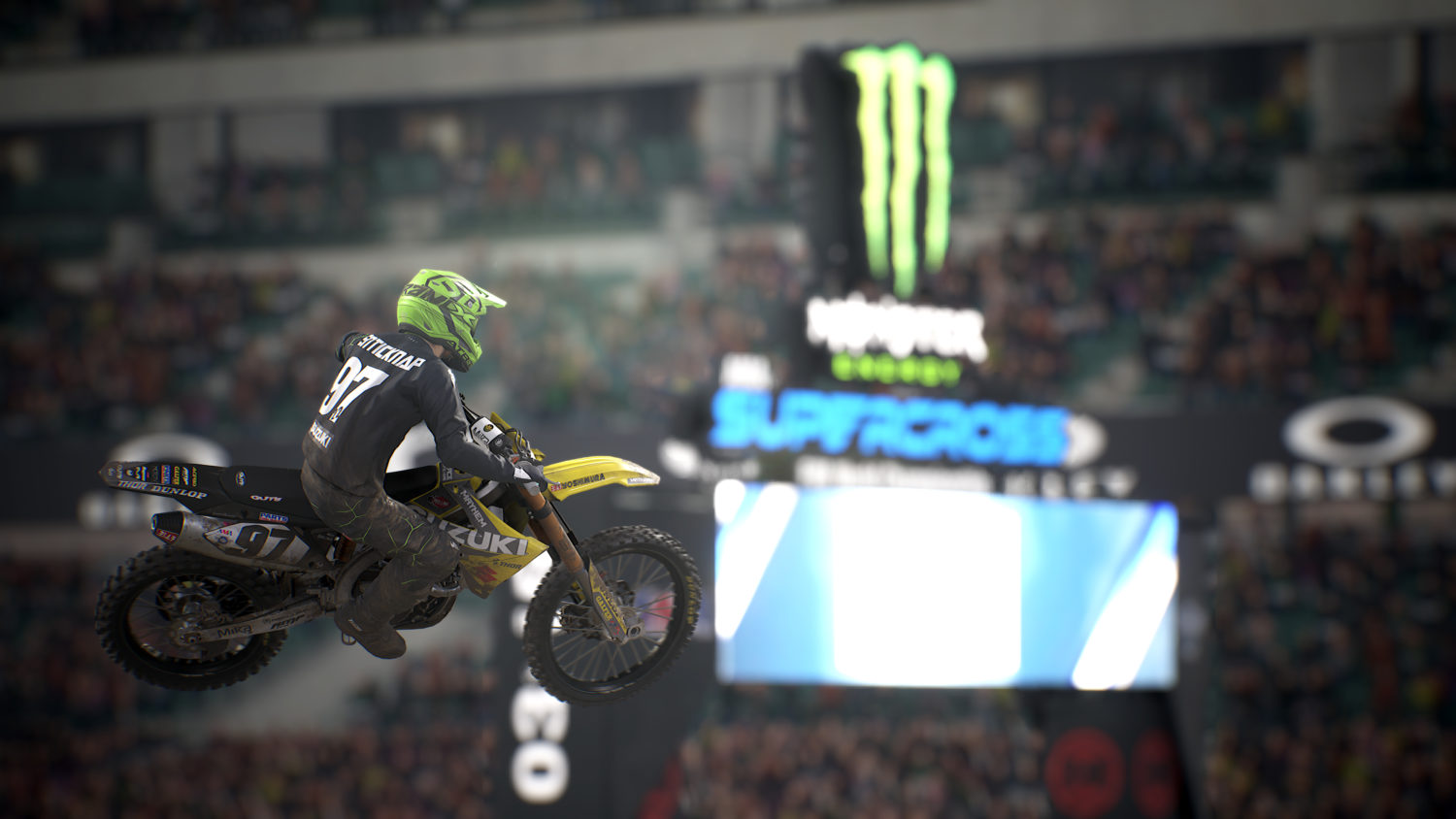 A new trailer has dropped for upcoming dirt-bike racer, Monster Energy Supercross – The Official Videogame 3. The game is set to hit the Nintendo Switch on 4 February.

If you’re ready to rip it up on the racetrack, check out the trailer below to get yourself even more hyped. It features an original song from pro-450SX rider and rapper, Adam Enticknap, aka 7deucedeuce.

The trailer takes advantage of the fact that Enticknap is a rider, rap artist, and lover of videogames. It all adds to quick pace and rhythmic appeal of Monster Energy Supercross’ gameplay. Even better news for fans is that Enticknap himself will be a playable rider in Supercross 3.

The trailer was shot on location in California, mixing digital and real-life action. If you’re a fan, you may also notice some cameos from popular YouTubers among the Supercross videogaming community.

Enticknap himself is excited about the upcoming game, saying that “the gaming features are so realistic and so sick that I knew I had to translate that authenticity. This truly has been a surreal experience and I hope fans dig the rap as much as I know they are going to love the new game.”

Naturally, Supercross 3 features a Multiplayer Mode for some competitive racing. The team has worked hard to bring an improved gaming experience this time around, with dedicated servers and a Race Director Mode to create and manage online competitions. Players will be able to race with three other players, choosing from replicas of the legendary Factory Supercross Practice Tracks in California. This is a huge free-roaming area with nine tracks, where most of the OEMs test their bikes.

What do you think of the latest trailer? Let us know your ideal dirt-bike racing soundtrack in the comments section below.

Monster Energy Supercross – The Official Videogame 3 will be available worldwide from 4 February on the Nintendo Switch.