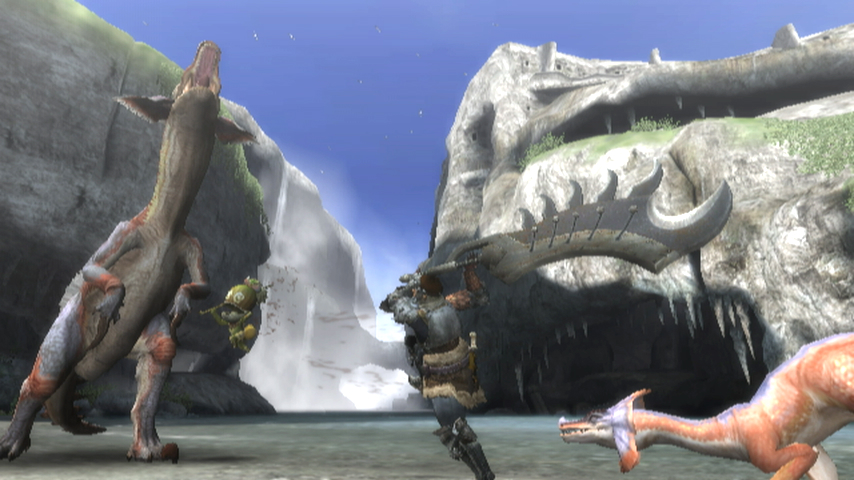 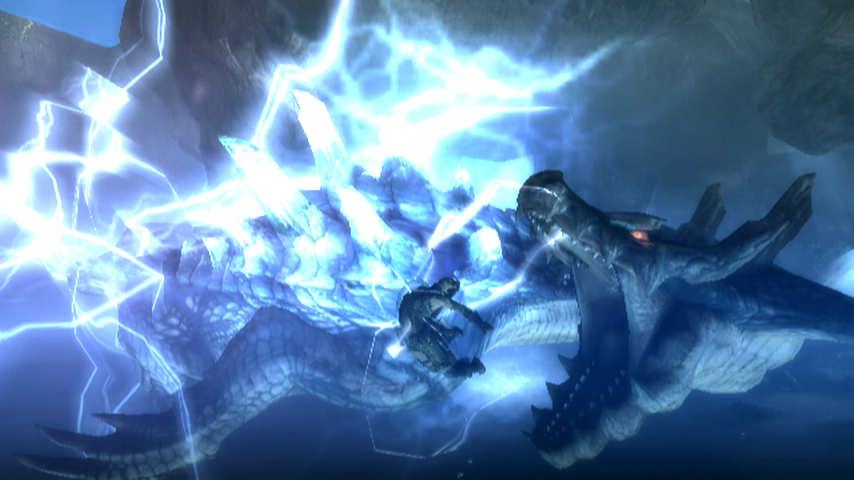 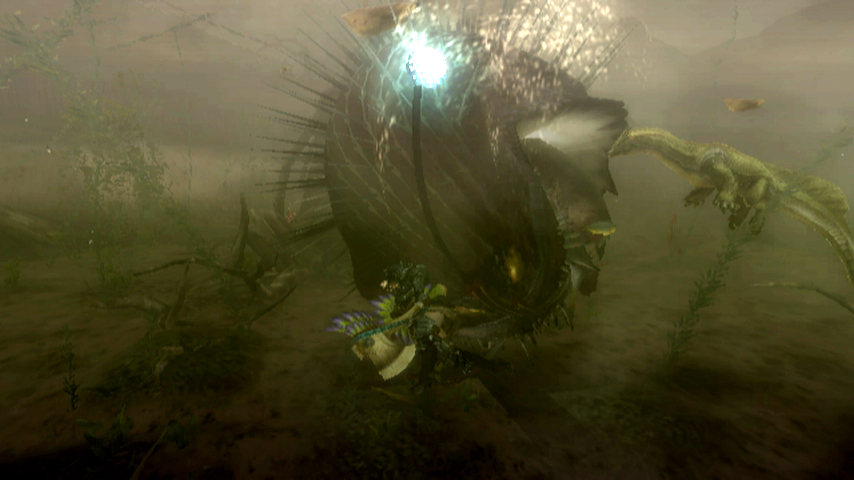 Released in Japan on August 1st to critical acclaim and an initial shipment of over one million units, Monster Hunter Tri is coming to the West in early 2010. For the first time Western Wii owners will be able to join the hunt as one of Capcom’s leading franchises makes its debut on the system.

One of the most strikingly beautiful titles ever developed for Nintendo’s Wii, Monster Hunter Tri depicts a living, breathing ecosystem where man co-exists with the fantastic beasts that roam both the dry land and the brand new sub-aqua environment – a first for the series.

Living the life of a hunter need never be a solitary experience with the option of split-screen mode where two players can hunt co-operatively or form a team of up to four hunters via the game’s custom online Wi-Fi mode. Even solo players do not have to face Monster Hunter Tri’s challenging quests alone as they will be ably accompanied by Cha-Cha, an AI hunting partner whose skills will prove invaluable.

Complementing the new creatures and quests that Monster Hunter Tri introduces to the series, hunters will also have the benefit of new weapons, armour sets and items, including an all new weapon class the SlashAxe and a Torch that not only illuminates the darkest cave but will fend off certain creatures to assist them as they embark on the most epic Monster Hunter adventure to date.

To date the Monster Hunter series has sold over 10 million units globally and has given rise to dedicated “Monster Hunter Summer Training Camps”, ”Monster Hunter Festivals” and numerous licensed products.