The Monster Hunter series is finally making its way to the Nintendo Switch in the West, with the announcement of Monster Hunter Generations Ultimate. The Ultimate version of the game will hit the Switch on August 28.

The game brings with it the largest monster roster ever, with a nostalgic look back at the series’ beginnings and evolutions. Some of the fan-favorite monsters include the lightning-fast Zinogre and the stealthy, long-tailed Nargacuga. You’ll face these plus new monsters as a brave hunter, completing quests to craft weapons and equipment. Along the way, you’ll also have to defend four villages from major threats, as well as the even more dangerous Elder Dragon. 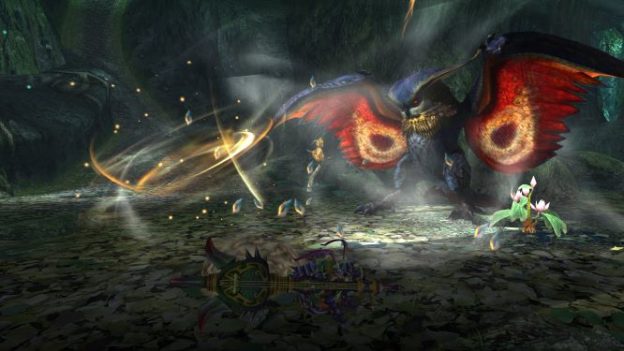 The ultimate edition also introduces a new quest level called “G” rank that features even more formidable versions of familiar foes. This promises to test experienced hunters’ battle tactics with different moves and abilities never before seen in the wild.

Another addition is the ability for players to hunt with up to three others via local wireless and online multiplayer – whether at home on the big screen or on the go in handheld or tabletop mode.

If you’re new to the series, there’s an easier way to hunt using super moves called Hunter Arts. There are six hunting styles to choose from, including two new ones: Brave Style, which rewards players with new moves for landing successive attacks; and Alchemy Style, a support style that grants the ability to create useful items on the fly during combat. The game offers plenty of personalization to make the game your own.

The game will be released on the eShop and at retail in North America and Europe. E3 attendees will have the chance for a sneak peak at the Capcom booth (#2223) this June.

Are you looking forward to hunting on August 28? Let us know in the comments below. You can also check out the epic trailer to see the game in action.