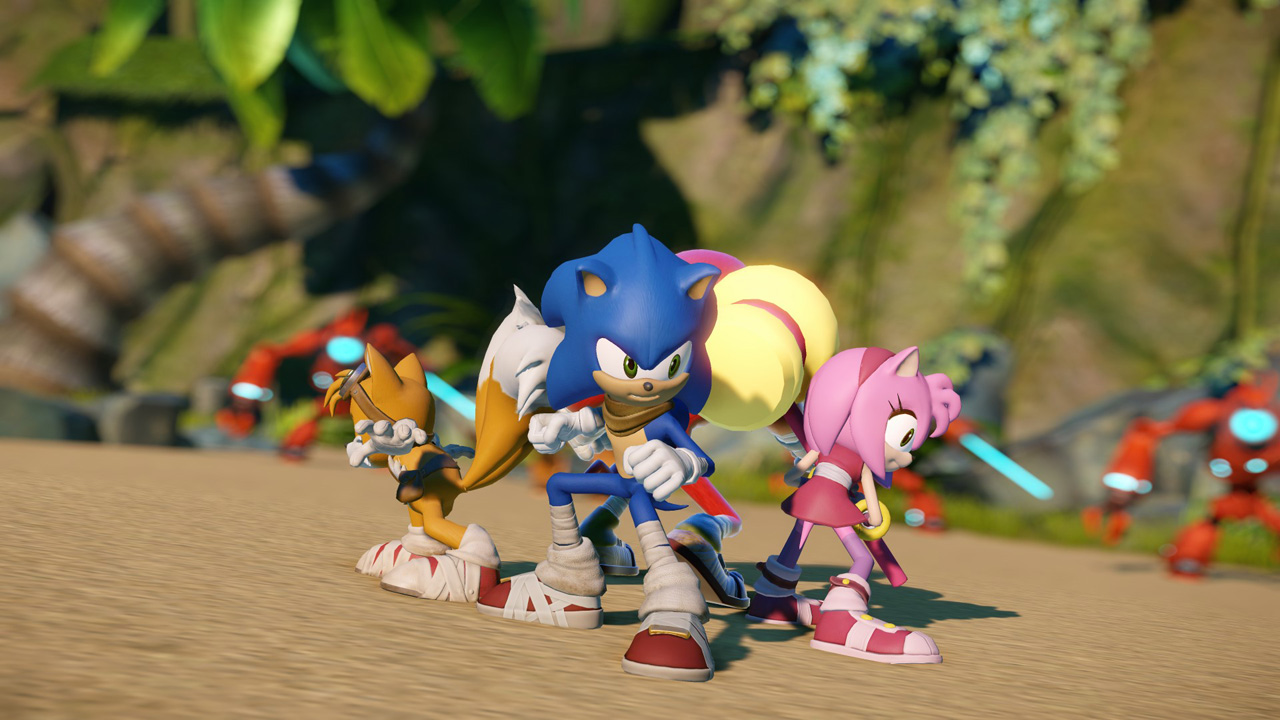 Sega created some buzz surrounding the blue blur and his friends with their announcement of Sonic Boom back in February of this year.  Since the announcement there has been very little news on the Wii U and 3DS exclusive.  Stephen Frost, Producer of Sonic Boom, took to the forums over at The Sonic Stadium to shed some light on why we have not heard many new details about the game since its announcement, tell us when we can expect to hear more, and even let us know that there is a surprise in store!  Below are Frost’s full post from The Sonic Stadium forum.

I’ve been asked to chime in a bit here so I’ll do what I can to share some info with you all. I’ve said it a few times in the past, but there were key reasons why we announced the Sonic Boom initiative when we did. Along with that, there are a lot of partners involved with Sonic Boom so we have to be mindful of their timelines and requirements for their respective fields. It’s not just about a game anymore… This is a large group effort so any announcements and information shared publically needs to really be planned and organized carefully. We need to make sure that things we reveal don’t impact other parts and vice versa.I completely appreciate the fact that you fans are hungry for info specific to the games, I really do. And that’s why we all work these endless late nights and weekends… It’s to get all the pieces in place for when the campaign does really kick off. We still have a ways until the cartoon and game launch, as well as the new toy line, so we need to pace all the info appropriately. And it all starts as we head into E3. You’ll learn more, for sure, but not everything. And the reveal of new assets and info should be more frequent from that point on. But trust me when I say there is no lack of effort by anyone involved with Sonic Boom. This is, by far, the biggest united effort I have personally ever seen Sega be involved in. We want to share everything with everyone because we are so excited… We just can’t… Yet.So, please be a bit more patient. I’m working on screens and commenting on releases so stuff is coming. We will even have a bit of a surprise in there for you, as well as the first info and assets for the 3DS version. There is quite a bit of cool stuff ahead so hang in there.

According to Stephen’s statement on the forum it seems like the timing of the Sonic Boom announcement was based on other factors such as the cartoon that is debuting later this year.  Hopefully fans of Sonic and Sega will get a chance to hear and see more about Sonic Boom this year at E3.