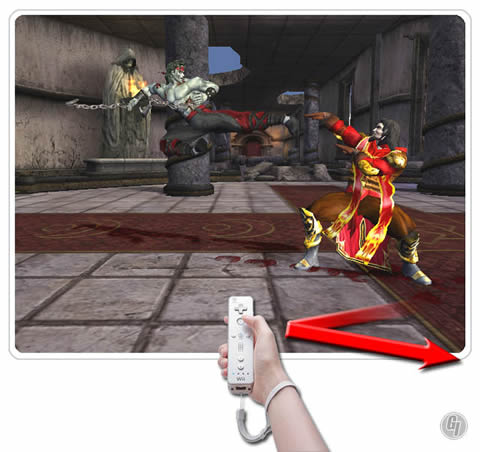 Mortal Kombat Armageddon is just a month or so away and Gameinformer has the scoop on the latest build of the game:

Before you think that Armageddon for Wii will have you constantly flailing your arms about, punching all over the place, have no fear. Motion controls are only used for super moves and fatalities. General moves, such as punches and kicks, are mapped to the D-pad, A is used for throw, Z blocks and C switches fighting styles. For motion controls, pressing the B trigger initiates the recording of the motion, and after you perform the gesture, the move is carried out by your character.

There’s plenty more information on their site including more screens and a new trailer!