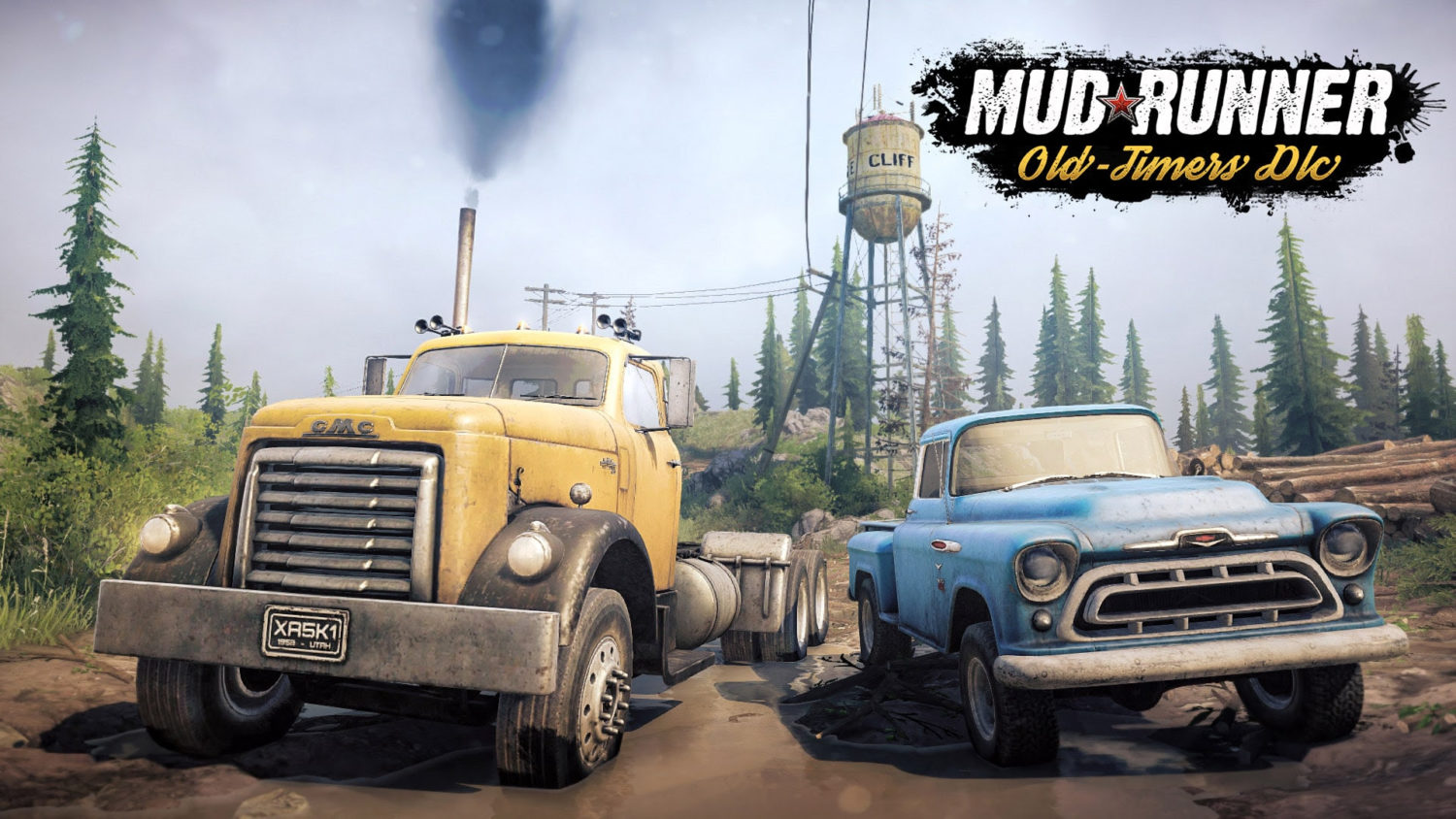 MudRunner gets a free update for old-timers

MudRunner gets a free update for old-timers

Spintires: MudRunner – American Wilds has been taking Switch gamers off-road since its release in November 2018, and now it’s going to take them back in time. Saber Interactive and Focus Home Interactive have announced the hardcore driving sim has received a new map, new vehicles, and brand new add-ons as part of the “Old-timers” DLC released yesterday.

The two vintage vehicles included in the update are the Chevrolet NAPCO 3100 and GMC DW950.

[The Chevrolet is] a 1957 model by General Motors with minor modern updates to make it able to handle MudRunner’s treacherous fields. Compatible with a number of existing add-ons, it also brings two new ones: a scout trailer and a loaded log cart, the latter of which is exclusive to the new Rocky Hills map.

[The GMC is] a short-hooded truck from the ‘50s designed for logging expeditions. It works with a number of add-ons from the base game and American Wilds expansion.

The new Rocky Hill map mentioned above provides a greater challenge than normal maps; it has no garage, and an off-road climbing puzzle is the main feature.

The free updates serve to invite players back into MudRunner as the developers continue to work towards MudRunner 2’s release later this year. More information on that will be released soon.

MudRunner: American Wilds is available now for $39.99 in the Nintendo eShop and wherever Switch games are sold.