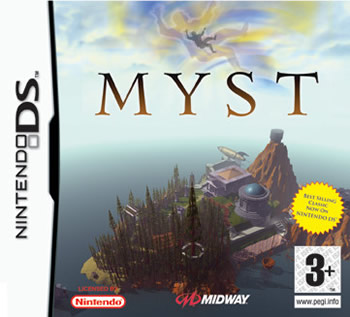 Myst coming to the DS

Classic PC game Myst is heading to the Nintendo, according to a press release issued by Midway. The game was originally released in 1993 on the Macintosh, and has been completely re-written specifically for Nintendo DS’ performance and gameplay, The developers have also included a complete all new Age, the “Rime Age”, to explore and uncover mysteries on DS. The Sound has been updated, as well as the video clips, as well as a new graphics set for the Rime Age, which was built specifically for the DS. No release date has been announced, but it’s great to see a video-filled and legendary game such as Myst appear on the DS.

Myst is set to come out some time in Nov this year.