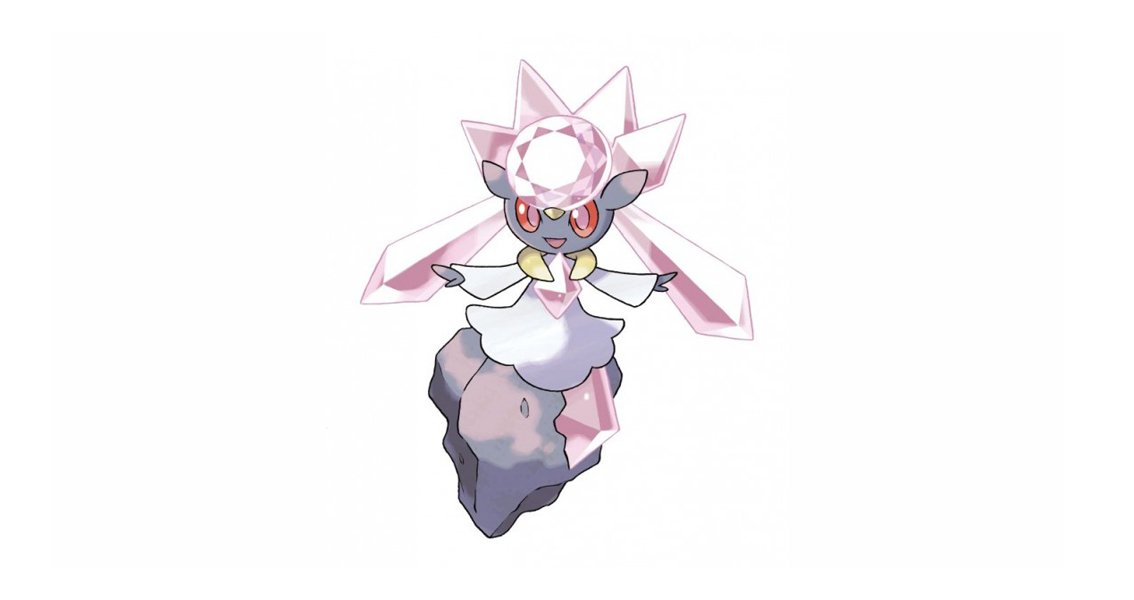 A few days ago we posted about the new Pokémon Diancie and it’s involvement in the upcoming Pokémon Movie “The Cocoon of Destruction and Diancie”. Well it has now been confirmed that Diancie, the Fairy/Rock Type Pokémon will be coming to the Pokémon X & Y games.

No details on how to obtain the mythical Pokémon have been revealed yet, but the Pokémon company has released a trailer, a number of screenshots and the following statement on the matter:

The Pokémon Company International revealed a newly discovered Pokémon from the Pokémon X and Pokémon Y video games, Rock- and Fairy-type Pokémon, Diancie! Diancie is an extremely rare Mythical Pokémon, a special Pokémon that cannot be found during normal gameplay. Known to boast the greatest beauty in all the world, Diancie’s body glitters pink, captivating the hearts of many. During battle, Diancie can produce a great volume of diamonds instantaneously by compressing air between its hands. It uses these diamonds to attack enemies and protect itself.