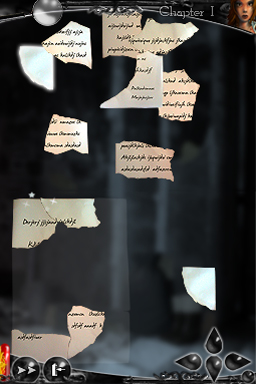 Teyon, a video games developer and digital publisher, and Viva Media, a publisher of top casual games, revealed today their latest game coming to the North American Nintendo DSiWare™ and Nintendo eShop™ services. Discover a secret that has been hidden for centuries in Chronicles of Vampires: Origins, a supernatural Hidden Object Adventure. The title will be available starting from December 22nd 2011 for just 500 Nintendo DSi Points™ in the Nintendo DSi Shop™ and for $4.99 in the Nintendo eShop.

When Investigative Reporter and Super Sleuth, Linda Hyde, sets out to cover a rare book exhibition, she receives an offer she can’t refuse – to search for lost manuscripts on the behalf of a mysterious collector. However, Linda will soon find out, she is not alone in this quest. A secret world of vampires slowly reveals itself…

Confronted with challenging puzzles and mind-bending mini-games, it’s up to you to find the clues and put the pieces together to stop this sinister plot. With over 20 locations to explore and over 200 items to find, you’ll have to race against time to outwit Linda’s supernatural enemies.

Features:
EXTRA ORDINARY BOOKS hiding dark secrets of supernatural powers.
ENTER A SECRET WORLD OF VAMPIRES. Immerse into the magnetic Hidden Object Adventure in the vampires’ world.
RACE AGAINST TIME to stop this sinister plot in this exciting adventure!
CHALLENGING PUZZLES AND MIND-BENDING MINI-GAMES. It’s up to you to find the clues and put the pieces together.
OVER 20 LOCATIONS TO EXPLORE and over 200 Hidden Objects to find.
Visit Teyon’s official YouTube Channel to watch the official trailer of the game: