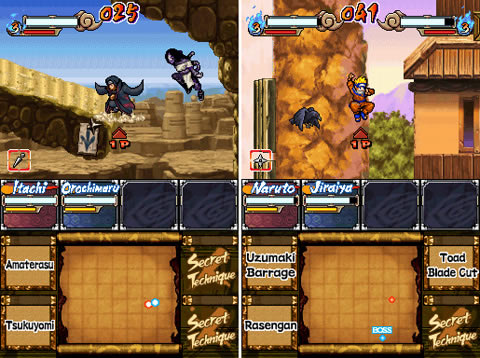 IGN has the exclusive first look at Naruto: Ninja Council 3 for the DS.  The game will be a 2D Side-scrolling adventure with some battle elements.  Here’s a little bit about the game’s multiplayer and features:

The game’s got a pretty cool level of customization. On top of the 27 different characters that players can unlock and control, these characters can also be customized with special attacks snagged from other characters. This customization comes in handy when you’re playing in the multiplayer mode — two to four players can enter the arena in three different game modes, and it’s hard to shake the feeling that the designers lifted inspiration from Smash Bros. And that’s not a bad thing.

I also posted the exclusive trailer for this game in the DS 2007 Video Dump post.